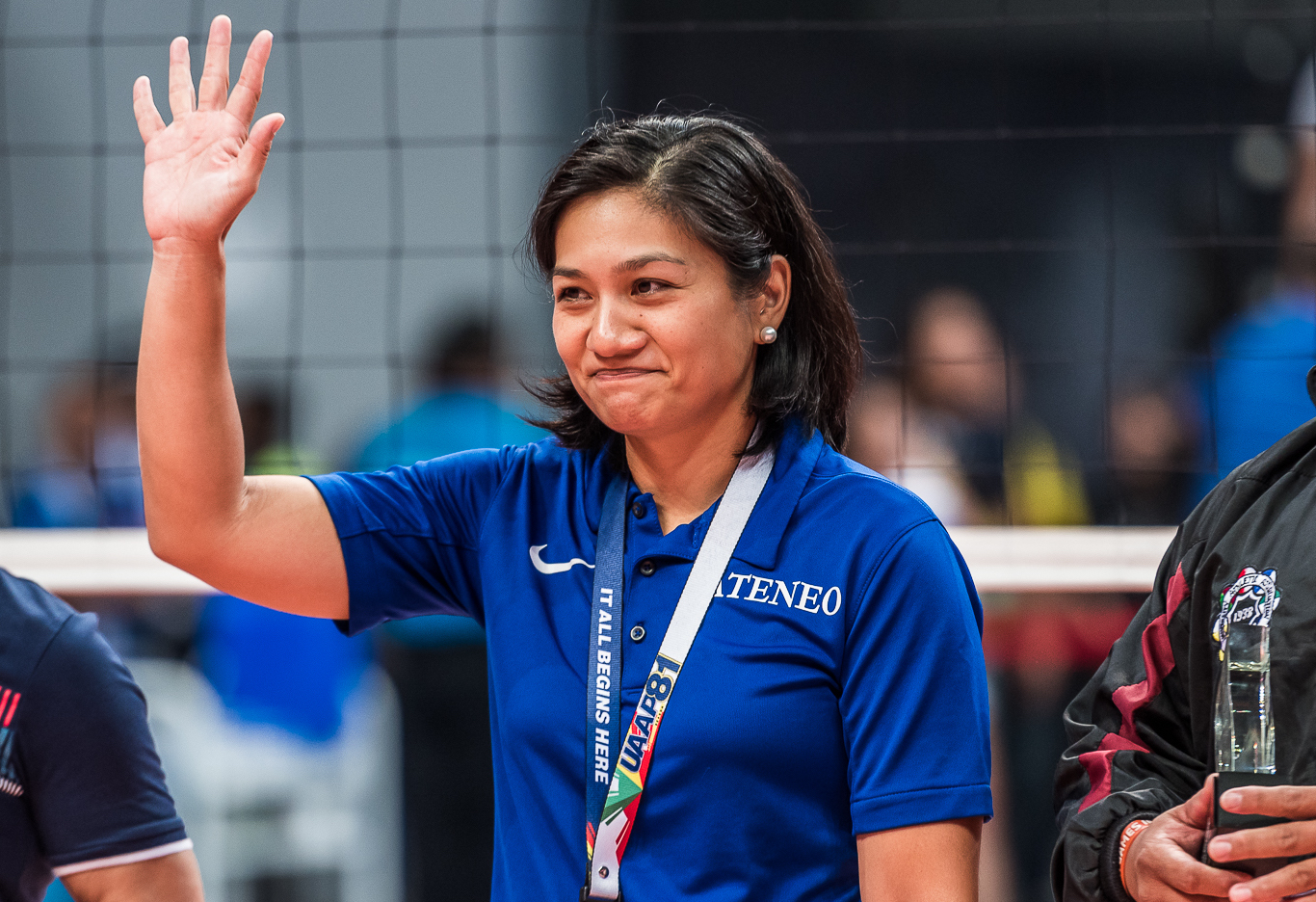 What started off as a hobby turned into Erika Dy’s life work and advocacy. She sees basketball beyond just shooting a ball into a rim. For her, it’s an instrument to inspire, educate, and unite.

Dy was the Assistant Athletic Director for Operations at the Ateneo de Manila University and part of the UAAP’s Board of Managing Directions. She is also the current Deputy Event Director of the upcoming FIBA World Cup that will be held in the country this 2023.

Outside of sports, Dy also holds a JD from Whittier Law School and is a member of the California Bar. She also worked in the Philippine government in both the legislative and judiciary branches.

Like many Filipino athletes, basketball was Dy’s first love. She played for the Ateneo Blue Eagles and the Philippine national team early in her career. She then transitioned into coaching in a very immediate and unplanned manner.

She got the offer to be the head coach for the Ateneo women’s basketball team. While this offer seemed too good to pass up, she had one problem – she has never coached in her life. Instead of starting small and working her way up, Dy skipped all the levels and reached what was then the highest coaching post for women’s basketball.

“It was a big challenge back then and I was very hesitant to take it,” said Dy. “I took on the role because I cared about the players. I was a player on the team myself so I related to them very well. And I felt that they needed a leader – someone who would give them the time and effort to allow them to succeed.”

She then worked tirelessly to make sure she performed her role to the best of her abilities. She consulted the different coaches of the university, read books, watched films, and took up any learning opportunity she could get her hands on.

Eventually, she figured she wanted to be a teaching coach – someone who stuck to the fundamentals and did everything with a purpose. She fondly remembers how she incorporated different approaches for practice which included bringing the team back to a classroom and meditating, among others.

Dy was undeniably tough on her players, but there was a reason behind everything. She has seen basketball from almost every side being a former player, coach, and manager, so her unique perspective matched her one-of-a-kind approach.

When looking at her credentials, there’s no doubt that Dy is an incredibly intelligent and driven person. Not a lot of people can do half of the things she does. However, Dy was never one to be satisfied with what she’s achieved.

“Keep an open mindset and always have room for growth. You’ll never go wrong if you have that in your system,” said Dy.

During the lockdowns due to the COVID-19 pandemic, Dy went back to studying. She enrolled in Columbia University and took the Sports Management master’s program. Being the teaching coach that she is, Dy plans on pursuing the growth of the sport to open more opportunities for Filipinos.

She believes that basketball can teach necessary soft skills like leadership, discipline, and hard work. Dy also thinks that the game has the power to inspire people whether through athlete’s stories, triumphs, and other experiences.

Lastly, she believes that basketball has the power to bond and unite Filipinos. She thinks that patriotism is truly alive when Pinoys support the national team whether it be for Gilas Men, Gilas Women, or the youth programs.

“[Basketball] should be something we always look forward to,” said Dy. “It should really be a game that teaches us how to dream.”