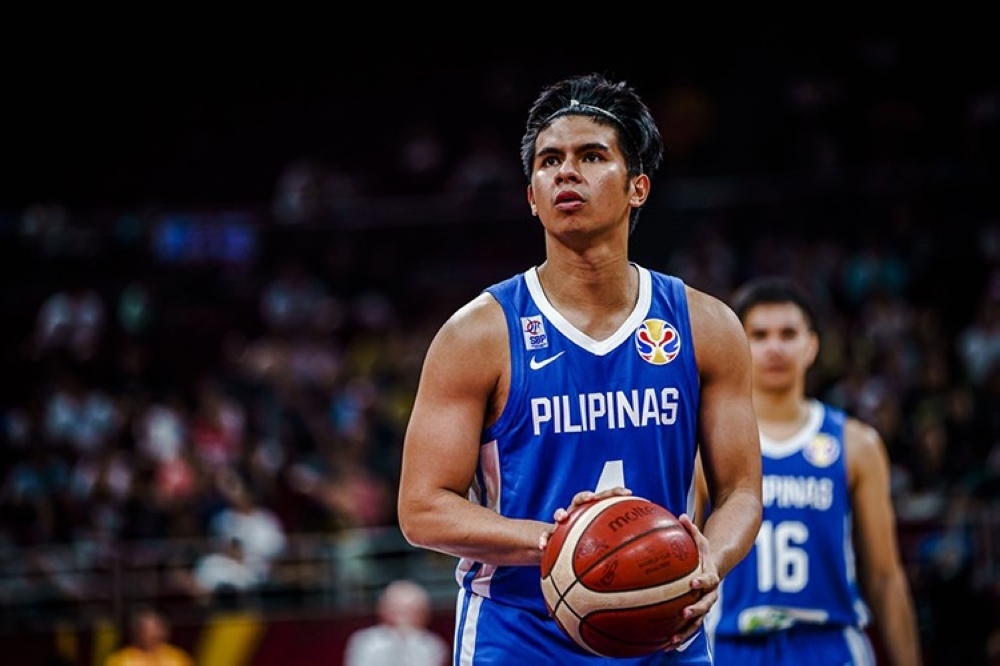 The Samahang Basketbol ng Pilipinas announced the rosters on Tuesday as Gilas begins its preparation for the biennial meet.

Ravena has won a record five SEA Games gold medals dating back to his first appearance in the 2011 SEA Games in Jakarta. He is now aiming for his sixth overall. Joining Ravena is his younger brother Thirdy as the two join forces in the SEA Games for the first time.

Fajardo, meanwhile, makes his return to Gilas. He was part of multiple iterations of the national team, including those that won the silver medal in the 2013 FIBA Asia Championship and bronze in the 2014 FIBA Asia Cup. The six-time PBA MVP was also part of the 2019 SEA Games lineup that took home the gold.

There is no shortage of international experience with Gilas mainstays Roger Pogoy, Troy Rosario, Isaac Go, and Matthew Wright included in the lineup. PBA players Mo Tautuaa, Kib Montalbo, and Kevin Alas also got the call to represent the country.

In the women’s tournament, Janine Pontejos and Afril Bernardino will lead Gilas Pilipinas Women in defending their gold medal. The quartet of Andrea Tongco, Chack Cabinbin, Khate Castillo, and Clare Castro, who were part of the 2019 SEA Games and 2021 FIBA Women’s Asia Cup teams, also make their return.

The Philippines nabbed its first gold medal in the women’s division in 2019 after besting Thailand.

Young guards Camille Clarin and Ella Fajardo, fresh off their 5-on-5 debuts in 2021, as well as Angel Surada and Katrina Guytingco will bolster the lineup.

Returning to the lineup and making her first appearance in the SEA Games is Elisha Bade. A Sacramento State product, Bade suited up for the 2019 Jones Cup. She is the daughter of former PBA and MBA player Chris Bade who competed for the national team in the ‘90s, including the 1993 SEA Games.

Making her national team debut is Steff Berberabe out of Westmont College. In the 2020-2021 season of the U.S. National Association of Intercollegiate Athletics, she led her team to the national championship while earning the MVP and All-American honors.

In the 3×3 competition, the trio of Bernardino, Castro, and Pontejos will look to win back-to-back gold medals after the event’s debut in 2019. Completing the team is Surada who is familiar with the game, having been part of the squad that had a quarterfinal finish in the 2019 FIBA 3×3 U18 World Cup.

On the men’s side, the four-man crew of Jorey Napoles, Reymar Caduyac, Marvin Hayes, and Brandon Ganuelas-Rosser hope to defend the country’s title. All players are from the Limitless App team that won the inaugural PBA 3×3 conference grand finals.

The SEA Games basketball tournament is set to begin on Thursday, May 12 in Hanoi, Vietnam.