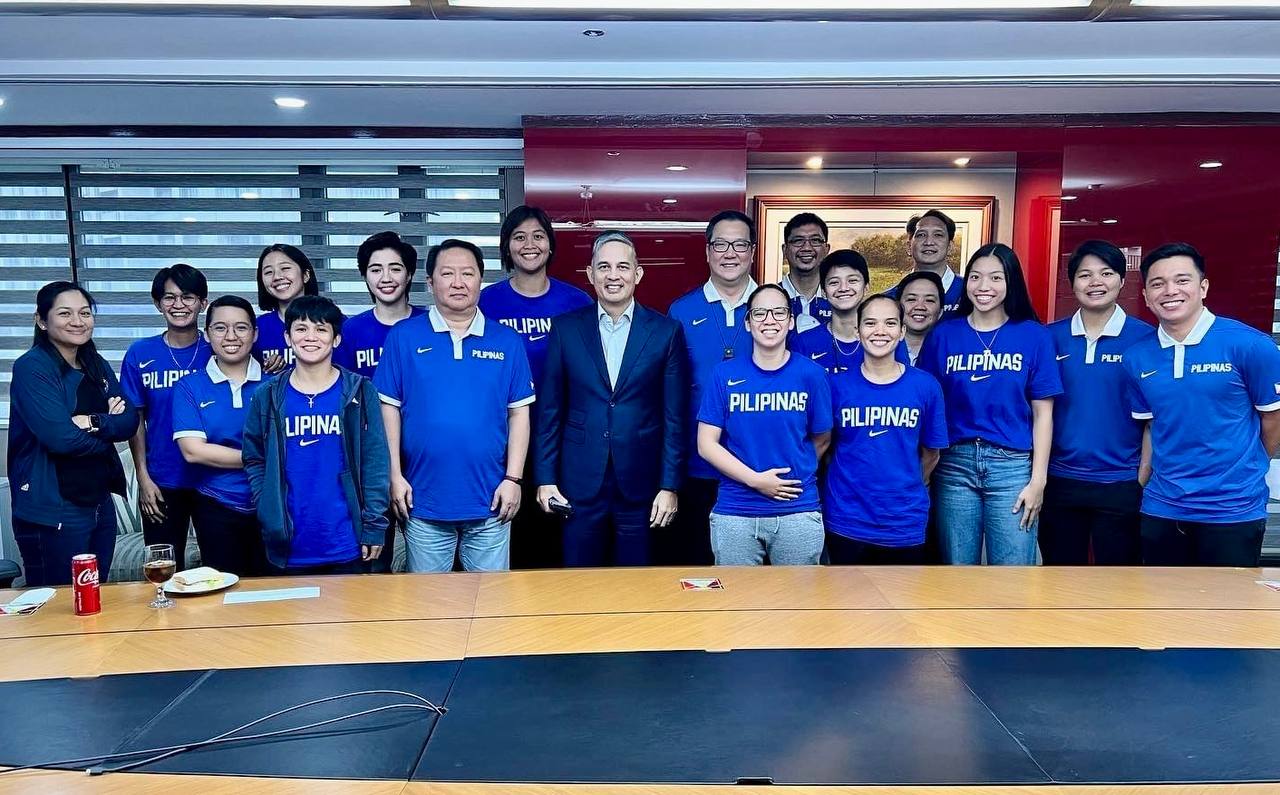 The Samahang Basketbol ng Pilipinas lauds the Gilas Pilipinas Women program led by head coach Patrick Aquino as they were given cash incentives by President Al Panlilio during their courtesy call.

Gilas Pilipinas Women successfully defended their gold medal in the Southeast Asian Games with a 4-1 win-loss tally. Even without mainstay Jack Animam who is still recovering from an ACL injury, the squad kept the gold medal as coach Aquino transitioned their gameplay into a speed-based attack.

“We at the SBP are very proud of the achievements of our Gilas Pilipinas Women. It’s one of our pillars and we’re very happy with the direction under Program Director Patrick Aquino,” said SBP President Al Panlilio.

The Filipina ballers also competed in the FIBA 3×3 Asia Cup 2022 and the FIBA U16 Women’s Asian Championship.

“The SBP is doing its very best to provide Gilas Pilipinas Women to be at their best and we laud the hard work of the coaching staff, who do a tremendous job of scouting for the best talents and helping all our players achieve their full potential,” Panlilio added.

Next up will be another youth competition as the team will be gearing up for the FIBA U18 Women’s Asian Championship in India next month.