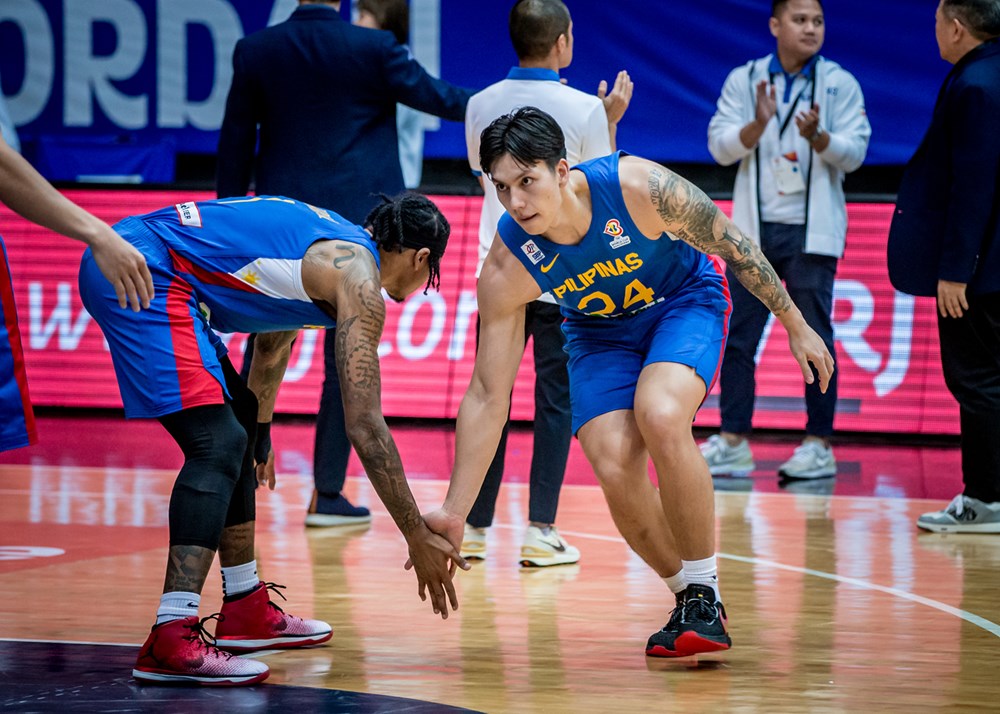 A number of players stepped up for Gilas Pilipinas Men in their recent win over Jordan in the fifth window of the FIBA World Cup 2023 Asian Qualifiers.

Scottie Thompson grabbed the headlines as he filled the stat sheet with his signature brand of basketball while Kai Sotto’s strong production gave fans a lot to cheer about. Ray Parks also proved to be a potent offensive weapon.

Gilas consists of big names from across Philippine basketball. But what makes any national team successful is the luxury to have players who are willing to go out of their comfort zone and contribute in any way they can. Such was the case for CJ Perez and Dwight Ramos.

Perez had an all-around game of 11 points, three rebounds, and five assists. More than the stats, however, it was the playmaking he provided that was a welcome sight for Gilas. Without Kiefer Ravena, the team needed a supplementary ballhandler to Thompson. Fortunately, Perez has experience playing the point guard with the San Miguel Beermen.

As for Ramos, his role against Jordan was different. More than being an all-around scorer, he was tasked to be the main defender of the opposing team’s naturalized player, Dar Tucker.

“It’s kind of just his size and strength but I feel like I kind of matched up well with that,” Ramos said. “Honestly it kind of felt like I was playing against myself so I just defended him how I wouldn’t want someone to defend me. So that’s how I kind of came into the game with that mindset.”

Tucker still managed to finish with a game-high 23 points but he had to work for every shot, finishing with a 6-for-14 shooting clip.

“What a luxury to have a player like Dwight. We talked to him about it, we prepared him for it,” coach Reyes said. “To his credit, he really did his job well. We knew it was going to take away some of his offense, obviously, but his contribution was mainly to be the Tucker stopper.”

Ramos didn’t have his usual offensive output. He only scored five points on 2-for-8 shots, but that hardly mattered to him.

“Obviously I didn’t play very well but my teammates picked me up. They played very well,” Ramos said. “I was struggling offensively so I focused more defensively. And obviously, everybody else was capable so they handled that load and won the game, really.”

Gilas Pilipinas Men will look to continue their winning ways as they close the fifth window against Saudi Arabia. Perez and Ramos’ time with the national team has been nothing short of a rollercoaster ride filled with ups and downs. They’ve experienced great victories but they’ve also dealt with criticisms for the losses. But for the two of them, they know it’s part of the job.

“The biggest thing is just winning. It doesn’t matter who shines. As long as we win, I feel like the fans and everything, they’ll get behind us. It’s a lot of positive energy,” Ramos said. “People are starting to believe in us again. I think that’s a good thing.”