Share this article:
Mariana Lopa on empowering women and building Girls Got Game 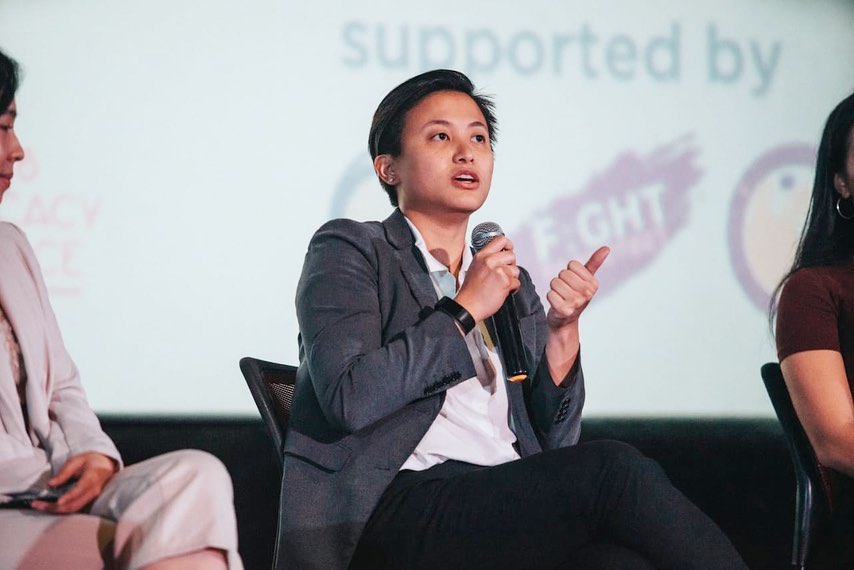 Mariana Lopa holds a number of titles and wears many hats. She is a former Ateneo Lady Eagle, a UAAP champion, and a lawyer.

One role that she finds nearest and dearest to her heart is being the Managing Director of Girls Got Game (GGG), a nonprofit organization that aims to empower young Filipinas with important life lessons through roving sports camps.

When she was younger, Lopa spent a lot of time on the basketball court with her brothers. She played for Assumption College in high school before joining the Ateneo Lady Eagles in college. Lopa was part of the team that gave Ateneo its last women’s basketball championship in 2007.

Like many women athletes, Lopa was forced to retire from basketball after her stint in the UAAP. Playing collegiate basketball was the pinnacle of success for female ballers during her time. It wasn’t because they wanted to hang up their jerseys early; there were simply no opportunities for women basketball players post-college.

With encouragement from her mother, Lopa decided to take up law, which gave her an avenue to apply what she learned from sports. She obtained her Juris Doctor degree from the Ateneo Law School in 2015.

However, law school could not entirely fill the void left by basketball in Lopa’s life. She knew that something was still missing. As she was studying for the bar exams in 2016, Lopa took a leap of faith and joined a group of former athletes in launching GGG.

“I really had no idea that basketball would find its way back to me,” she said.

GGG hosts sports camps all over the Philippines, focusing on basketball, football, rugby, and volleyball. They shifted to an online format when the pandemic hit, but they are set to resume in-person activities this month.

The organization has not only provided a safe space for young girls to learn sports, it also gave a platform for retired women athletes to continue doing what they love.

“Before, the mission of Girls Got Game was empowering young women through sports. And through the years, we realized that hindi lang naman yung girls that attend our camps yung nae-empower, kasi pati kami,” said Lopa.

Women’s basketball in the Philippines has come a long way. Its growth and success through the years has helped open up many opportunities for female ballers. From having no local leagues to play in, players now have the option to turn pro and play in the Women’s National Basketball League (WNBL).

“Historically, countries that are good on an international level have a strong professional league, not just in basketball, but in women’s sports in general. Because then you have a farm league for the national team players to play in all year round,” said Lopa. “Otherwise, these players would have to be abroad or working day jobs and playing on the side, and obviously, that won’t make you competitive in an international scene.”

Lopa believes having a local pro league is a great start. The next step is to strengthen the WNBL, make it more competitive, and extend the program to the grassroots.

“What else needs to happen? Number one, strengthen the local league more so that the best players want to play in it, kasi right now, none of the national team players are in it,” Lopa said. “Step two, siyempre, is grassroots. Kasi hindi naman pwedeng professional lang. Ideally, something integrated with the school system.”

While the positive changes are exciting, Lopa knows that there’s more to be done, especially when investment in women’s sports is still insufficient.

“The question always with women’s basketball, and not just in the Philippines, is what comes first, the investment or the results?” said Lopa. “Dito sa Pilipinas, what’s good about it is yes there is investment, and you can see that in NU, you can see that in the national team, pero organic rin yung growth nya. Ang dami ring players na nakikilala for their skills.”

GGG hopes to contribute to advancing women’s sports in the Philippines through their camps. Lopa and the other GGG mentors put emphasis not only on teaching skills, but also on sharing the values they’ve learned from years of experience in sports. They hope to empower more Pinay athletes and give them opportunities to learn and grow.

“Own your narrative. Know that there are eyes looking at you,” said Lopa on her advice to aspiring athletes. “Don’t be afraid to speak up, don’t be afraid of opportunities. Hindi mo alam kung sino’ng nakikinig sa ‘yo at mai-inspire sa ‘yo to make the next big step, to be the next Jack Animam, or to make the next Girls Got Game.”