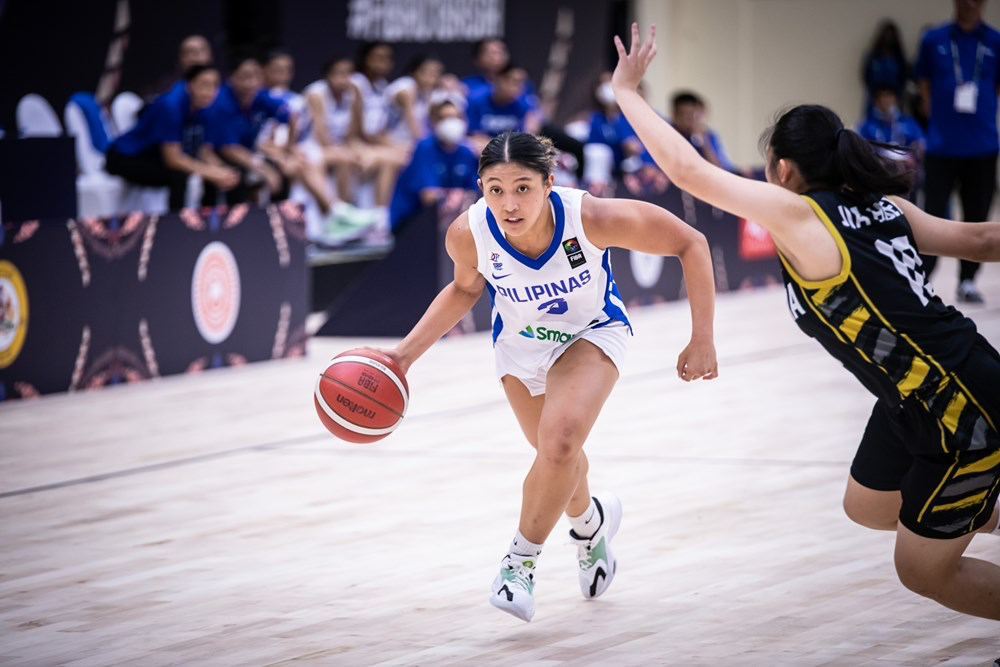 Gilas Pilipinas Youth lost a 66-65 heartbreaker against Malaysia in the semifinals of the FIBA U18 Women’s Asian Championship 2022, Saturday in India.

Gilas Youth showed their toughness in the game as they battled back from a 12-point deficit in the second quarter to reclaim the lead midway in the third quarter. From there it was a back-and-forth affair between both teams.

With less than a minute left in the fourth quarter and Malaysia ahead by two points, Kate Bobadilla found the equalizer to knot the game at 62. Gilas Youth then put on a defensive stand in the final 18 seconds of the game to send the game to overtime.

In the extra period, Bobadilla once again hit a big basket with 40 seconds left in the game to put Gilas up by one, 65-64. Malaysia answered back in the final 10 seconds to take a one-point lead.

The Philippines had a chance to win the game, but Bobadilla missed a layup in the final seconds allowing Malaysia to escape with the win.

With this loss, Gilas misses out on the opportunity to play for a Division A promotion. They move on to a third-place battle against Samoa at 1:45 PM on Sunday.