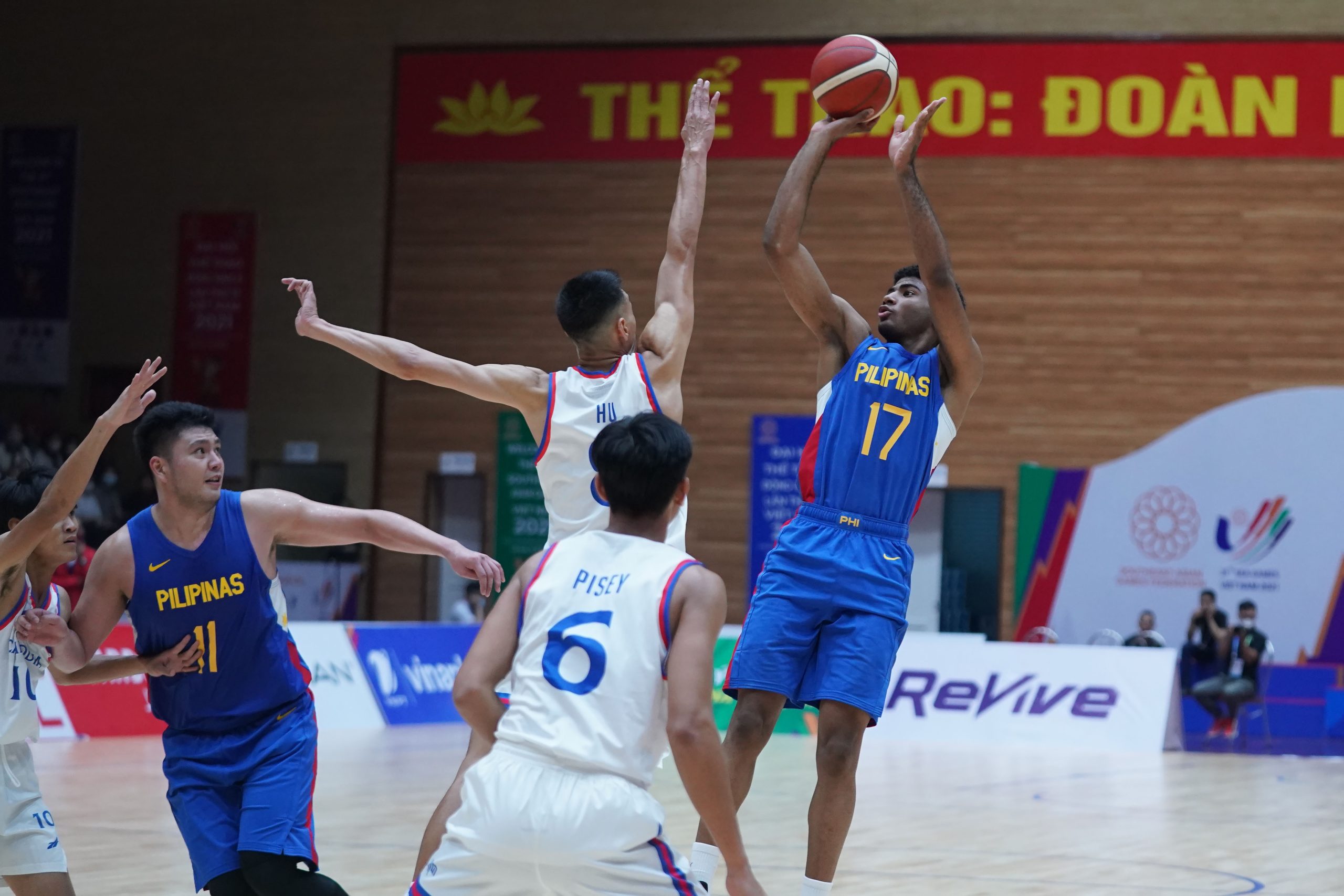 After figuring in a tightly contested ball game the previous night against Thailand, the Philippines left no room for an upset this time. LeBron Lopez tallied 17 points on an 8-for-11 shooting clip, as well as five rebounds and two blocks in his SEAG debut. The talented youngster, who celebrated his birthday in Vietnam, wowed the crowd with a handful of electrifying dunks.

Will Navarro put up 16 points and seven boards while Jaydee Tungcab added 14 points and five steals. Gilas’ role players starred in the lopsided contest as several starters saw limited action. June Mar Fajardo, who led the fight against Thailand with 28 points, logged in just eight minutes to nab five points and four rebounds. Given the compacted schedule, Gilas could use all the rest they could get.

Gilas opened the match with a 32-9 opening quarter and never released their foot on the gas pedal. The Philippines shot a blistering 55 percent from the field and held Cambodia to just 25 percent. The national team also enjoyed a 51-24 rebounding edge and forced 28 turnovers from their opponents.

The 5×5 men’s basketball tournament follows a single-round format. The team with the best record wins the gold.

The Philippines will look to go 3-0 versus Singapore on Wednesday, at 4:00 PM (Manila time).