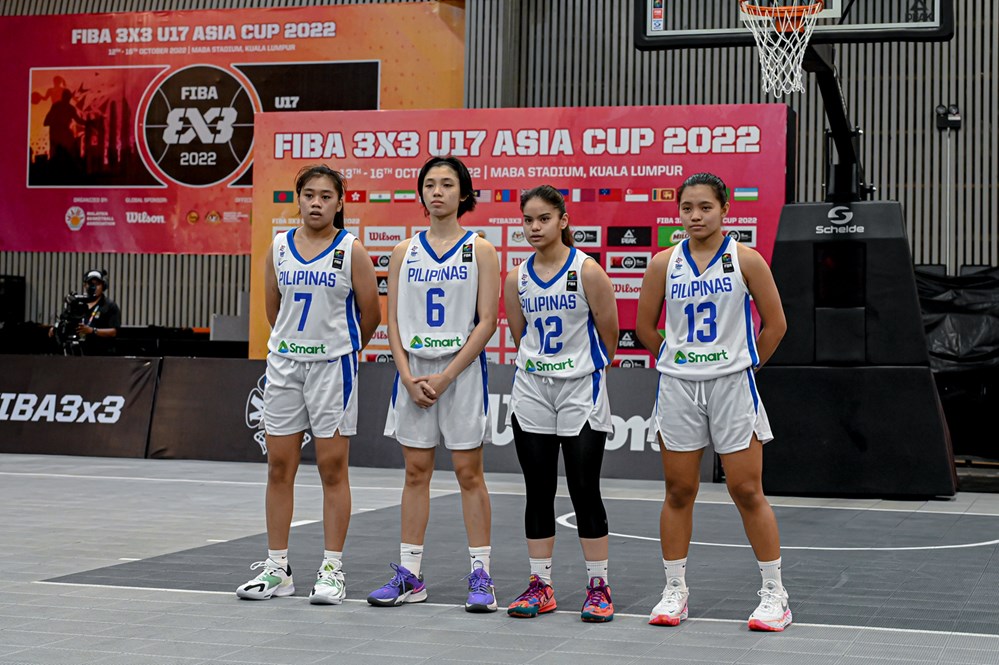 Gilas Pilipinas Youth’s campaign in the FIBA U17 3×3 Asia Cup 2022 ended after losing two games in the Qualifying Draw on Thursday afternoon in Malaysia.

The Philippines started strong in both games but they just couldn’t hold on to their leads against their taller opponents.

In their first game against Hong Kong, Camille Nolasco got things started with three straight points off a drive and an outside shot. Nicole Pring joined Nolasco’s scoring spree with back-to-back hits inside to push Gilas ahead 8-6.

Hong Kong repeatedly attacked the paint to regain the lead and build a five-point advantage. But Gilas refused to quit as Nolasco led the team back to within two points after a free throw and a 2-pointer. Unfortunately, Hong Kong was able to fend off the Philippines in the end.

Nolasco led the team with nine points, while Pring added five points in the first game. Hong Kong advanced to the main draw of the competition with its win against the Philippines.

With both teams playing for pride, the Philippines and Thailand played hard until the very end.

Nolasco and Pring once again teamed up to lead Gilas in the opening minutes of the game. Nolasco scored three straight baskets, followed by a Pring drive and 2-pointer to give Gilas an 8-3 advantage. Thailand found their range to tie the game and pounded the ball into the block to build a two-point advantage.

With less than two minutes left in the game, Nolasco led a comeback to force overtime. After hitting a free throw, she quickly got the steal and converted on a layup to tie the game at 19.

Gilas had their chances in the extra period but Thailand was the first team to make two baskets to pull out the tough win.

Pring top scored in the game with 10 points while Nolasco backed her up with eight.