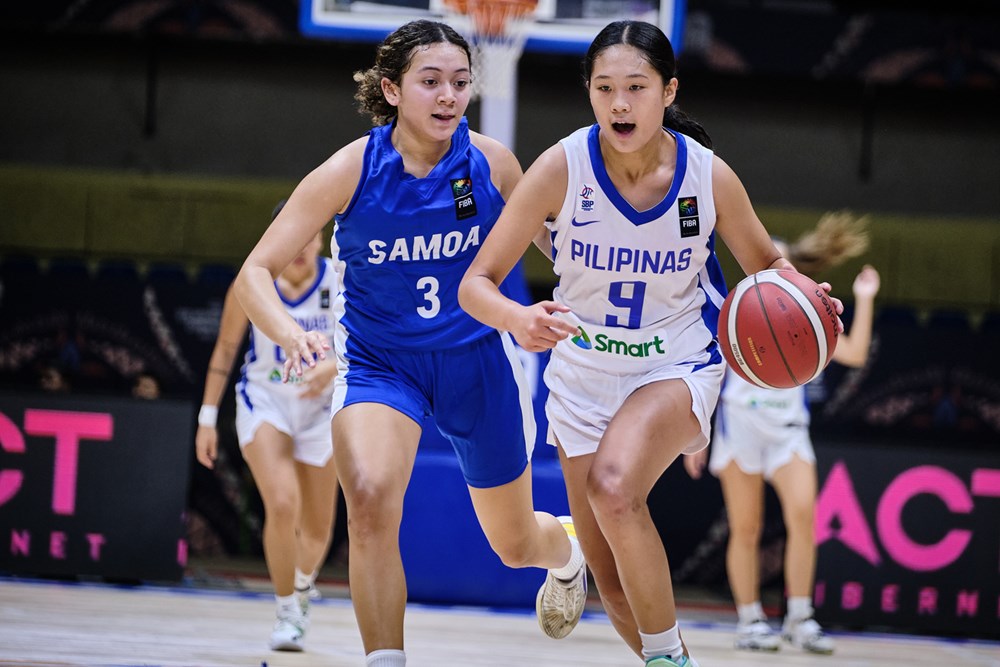 Gilas Pilipinas Youth captured the bronze medal in the FIBA U18 Women’s Asian Championship 2022 Division B after defeating Samoa, 84-68, Sunday in Bengaluru, India.

A huge second half propelled the Philippines to victory. Down by 10 at the break, Gilas turned the tables with a 28-8 third quarter to take control of the game. They stifled Samoa with their full-court pressure defense that opened up easy scoring opportunities. A late steal and 3-pointer at the buzzer by Camille Nolasco gave the Philippines a 59-49 advantage heading into the final frame.

Samoa made one more push in the fourth quarter, making it a six-point game, 64-58, with seven and a half minutes left. But Gilas answered with a 10-2 blast capped off by a jumper from Ozar to make it 74-60 with under four minutes left and never looked back.

Gilas’ defense was on point, coming up with 29 steals and forcing a total of 39 turnovers from Samoa. Because of the disruptive defense, they were able to get 48 points from opponent errors and 35 fastbreak points.

The Philippines finished the tournament with four wins to place third overall.