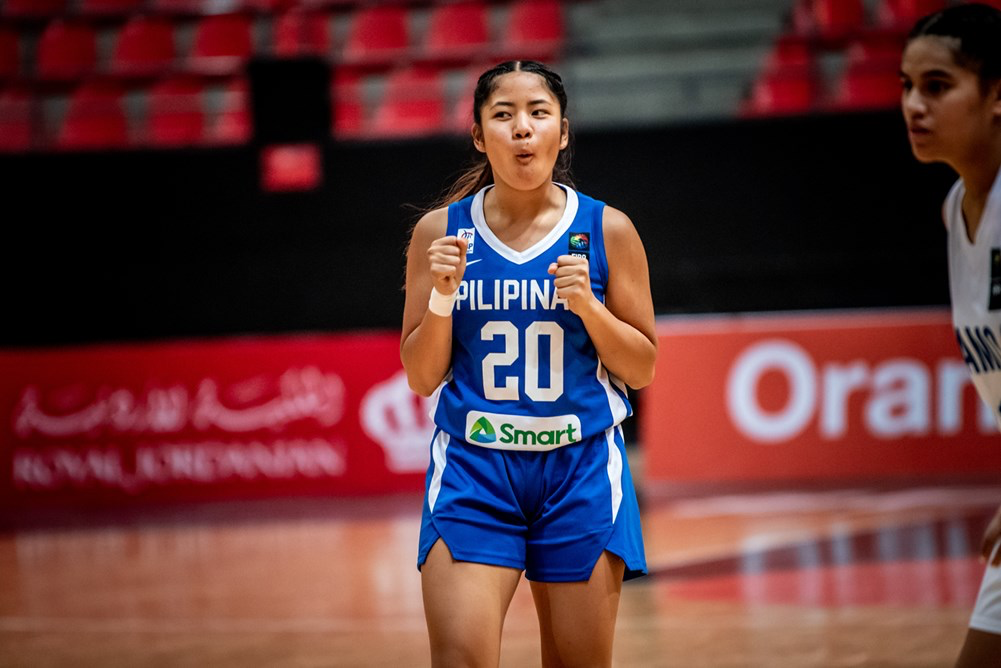 Gilas Pilipinas Youth booked a ticket to the semifinals of the FIBA U16 Women’s Asian Championship 2022 after a 94-65 victory over Samoa in Amman, Jordan Sunday.

Kristan Yumul continued to carry the scoring load of the Philippine team as she dropped 22 points with five 3-pointers. Meanwhile, Naomi Panganiban and BJ Villarin combined for 27 points.

Gilas Youth dominated from the get-go, outscoring Samoa, 26-19, in the opening period. Their hot start made all the difference as they carried this momentum throughout the entire match.

The Philippines’ defensive effort was also on display as Gilas Youth tallied 21 steals and just eight turnovers as compared to Samoa’s four steals and 30 turnovers, which led to 27 points. Gilas Youth also got 36 points from their bench.

Samoa’s Kira-May Filemu tallied a double-double of 28 points and 27 rebounds but Gilas forced her to commit 14 turnovers and limited her to just one 3-pointer.

The Philippines, which ended the group stage with a 3-0 record, will next play on June 29.