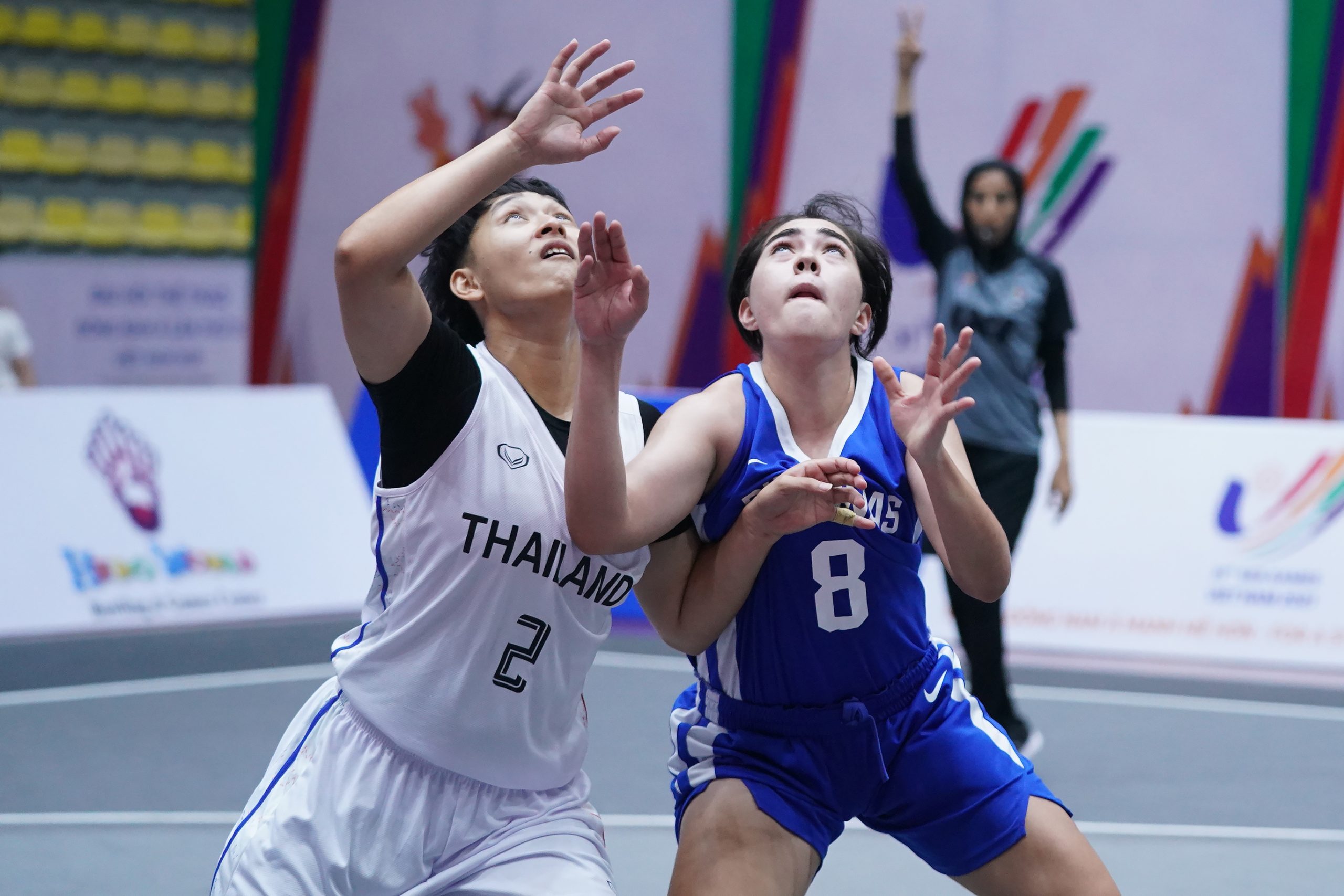 “They really wanted it, they really played their hearts out. They came out and played. And that was the most awesome thing that happened this year in the Southeast Asian Games,” said Gilas Women head coach Patrick Aquino. “I’m really happy and very proud of what the girls did.”

Despite being the defending champions coming into the competition, Aquino still viewed his team as an underdog. So he made tweaks to the roster. He stacked the team with shooters and more skilled players, such as local talents Trina Guytingco and Angel Surada.

Guytingco played for the Ateneo de Manila Lady Eagles in college. She was already part of the preparations for the FIBA Asia Cup in September 2021 but her late entry kept her from joining the final lineup. This time, Guytingco was given ample time to prepare and she delivered in her SEA Games debut. She embraced her role as the hustle player, making the most out of scrappy plays.

The NU Lady Bulldogs’ Angel Surada was also a new addition but it was not her first time playing against international opponents. Surada was part of the youth program as she played in the FIBA 3×3 in 2019.

“Having them play their roles gives us more depth in the team and more contribution from them would be great in the future,” Aquino mentioned.

Gabi Bade originally arrived in 2019 but was unable to compete until the recent SEA Games. Aquino monitored Bade after representing ENAD in the Cyprus Women’s Basketball League. And immediately knew that she would become an excellent contributor to Gilas Women.

Steff Berberabe also caught the attention of Aquino, whom he described as “one of the fastest girls” he has ever seen. Berberabe was the National Association of Intercollegiate Athletics (NAIA)’s MVP and All-American Player in her junior year, averaging a whopping 17.1 points in a season where the Westmont College ended with a 15-1 record.

The two US recruits had a positive impact on the team in their bid for back-to-back golds.

“I’m just happy we found those players. I wish we could have more players to come,” said Aquino.

The focus now for Aquino and Gilas Women is to scout and find more talented players for upcoming competitions so the Philippines can be at par with powerhouse opponents in the region.

“Together as a team, the level of competition will get higher – and that’s what we need. To compete at the level of Japan, Korea, China, Australia, and all the other places,” he said.

Moving forward, Aquino said he will likely stick with the successful core but with a few additions. With the focus of the team’s recruitment on the longevity and growth of the Gilas Women program, he plans to constantly add to the existing pool to boost the team for years to come.

“We’ll put in younger players right now. I’m more on the future of Gilas. It’s not going to be like ‘this team is good for now,’” said Aquino. “Every team in Southeast Asia is improving, so we have to improve. We got to level up one more. And by doing that, we got to have new girls, new lineups, new faces that can help the team.”