Share this article:
Gilas Women cruise past Thailand to go 2-0 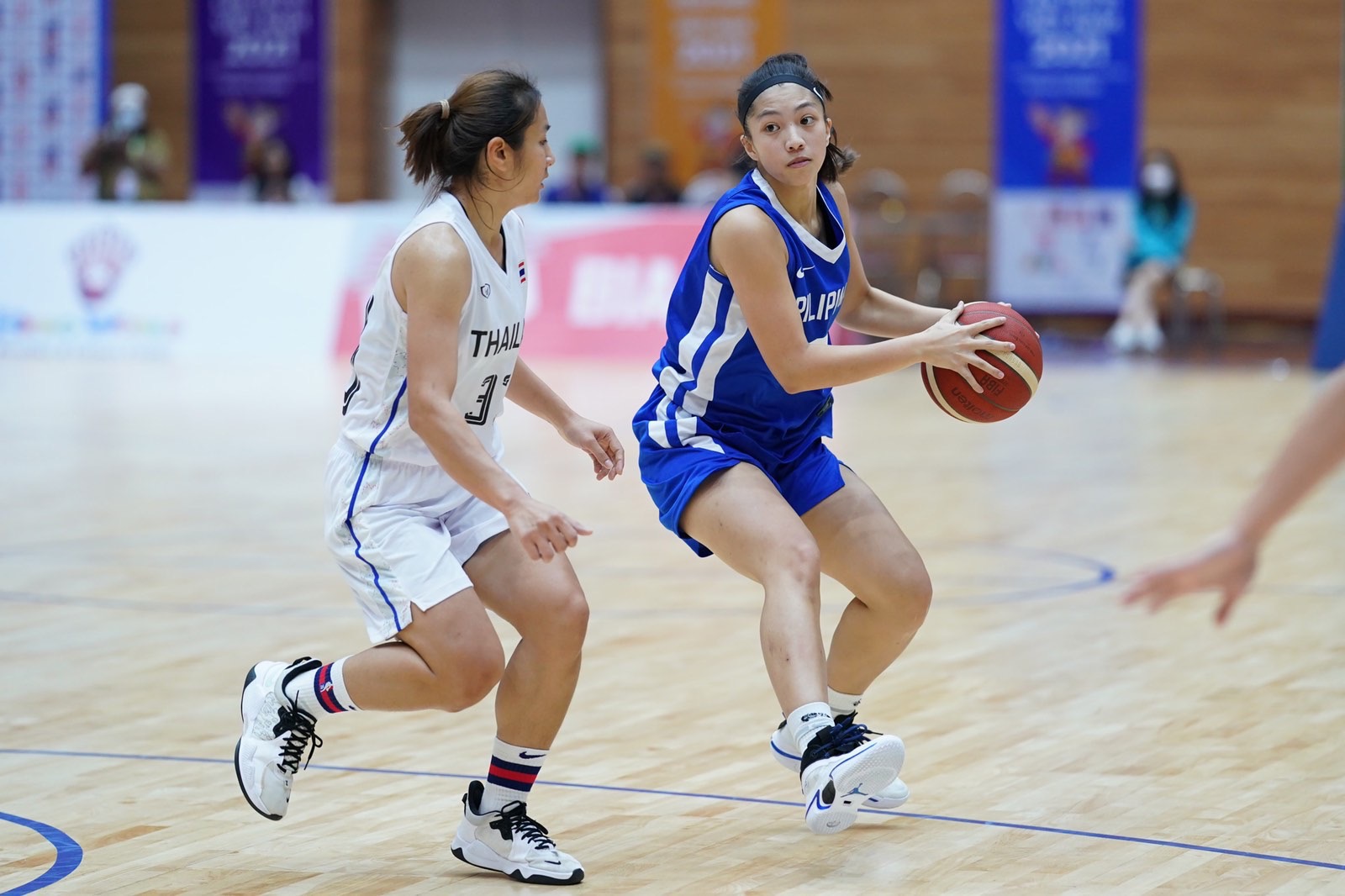 Gilas Women stayed undefeated in the 31st Southeast Asian Games after another stellar 97-81 victory over Thailand at the Thanh Tri Gymnasium in Hanoi, Vietnam on Wednesday.

The Philippines is now 2-0 in their bid to defend the title they won in 2019.

Afril Bernardino was at the top of her game as she finished with a double-double of 20 points and 16 rebounds. Stefanie Berberabe and Trina Guytingco backed up the veteran with 10 points apiece.

Gilas started the match with excellent defense, tallying six steals in the opening minutes, despite shooting only 9-of-25 in the first quarter.

Thailand went on an 11-5 run in the second period that cut what was a nine-point deficit into a single possession. Gilas quickly turned the tables around by going on their own 12-2 blast. They started to create some distance, outscoring Thailand 35-24 in the period as Bernardino ended the first half with already 12 points and nine rebounds.

Gilas Women continued to dominate in the second half. Their 3-point attempts still weren’t falling, but their defense kept them in control as they allowed Thailand just one 3-pointer.

By the time the final quarter rolled around, Gilas Women looked poised to win by a huge margin. Thailand made a late-game rally but the Philippines had already built enough cushion to get the victory.