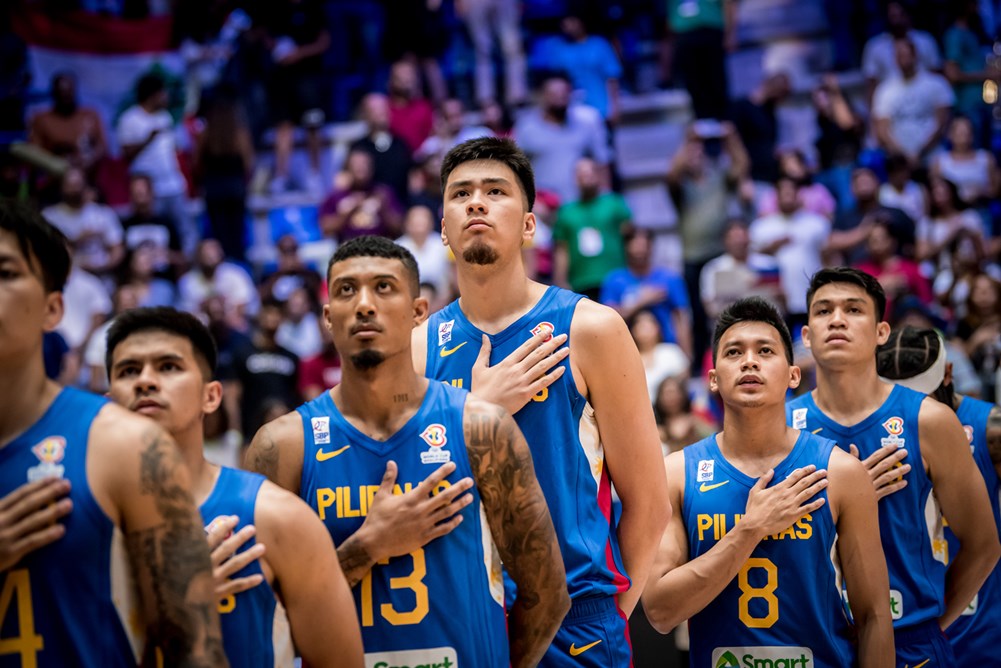 Gilas Pilipinas is gearing up for the next window of the FIBA Basketball World Cup 2023 Asian Qualifiers.

Here’s everything you need to know about Gilas Men and their upcoming campaign in Window 5 of the qualifiers.

Who is part of the Gilas Men roster?

Sotto and Ramos are once again being eyed to play key roles on the team after their stellar performance in the August window. Sotto averaged 13.0 points and 11.5 rebounds in the last two games of Gilas, while Ramos tallied 13.5 points and eight rebounds per game.

Thompson is putting up excellent all-around numbers in the Commissioner’s Cup so far, putting up a 10-7-5 statline in six games so far. Malonzo and Oftana are also playing well, averaging 13 points and 12 points respectively.

Key additions to the pool are June Mar Fajardo, Cjay Perez, RR Pogoy, and Poy Erram. These players missed out on the last window since their mother teams, the San Miguel Beermen and TNT Tropang Giga were in the middle of the PBA Philippine Cup Finals at the time.

Tamayo and Kouame are two of the MVP favorites in the UAAP season so far. Tamayo is putting up averages of 14 points and 8.4 rebounds in seven games so far. Kouame is averaging a double-double of 11.4 points and 11.4 rebounds with nearly three blocks per game.

When did Gilas start training for Window 5?

Gilas Pilipinas has been practicing once a week since the middle of September. They have now ramped up their preparations that the Japan B.League players are in the country.

What is the Philippines’ current standing in the qualifiers?

Gilas Men currently have a 3-3 record and are in third place in Group E.

The Philippines has already qualified for the FIBA World Cup 2023 as one of the hosts of the tournament. The national team, though, is looking to add a couple more wins in the fifth window to hold off Jordan, which also has a 3-3 record, from overtaking them in Group E.

The final window of the Asian Qualifiers will be in February 2023. The top three teams from each group in the second round, along with the Philippines and Japan, will qualify for the FIBA Basketball World Cup 2023, which will be held in Manila next year.

Who will Gilas Men play in Window 5?

The national team faces Jordan in Amman on November 11 and then proceeds to Jeddah to go up against Saudi Arabia on November 14.

Where can we watch Gilas Men’s games?

Gilas Men’s games in the fifth window will be aired live on One Sports, One Sports+, Cignal Play, and Smart GigaPlay at the following times: