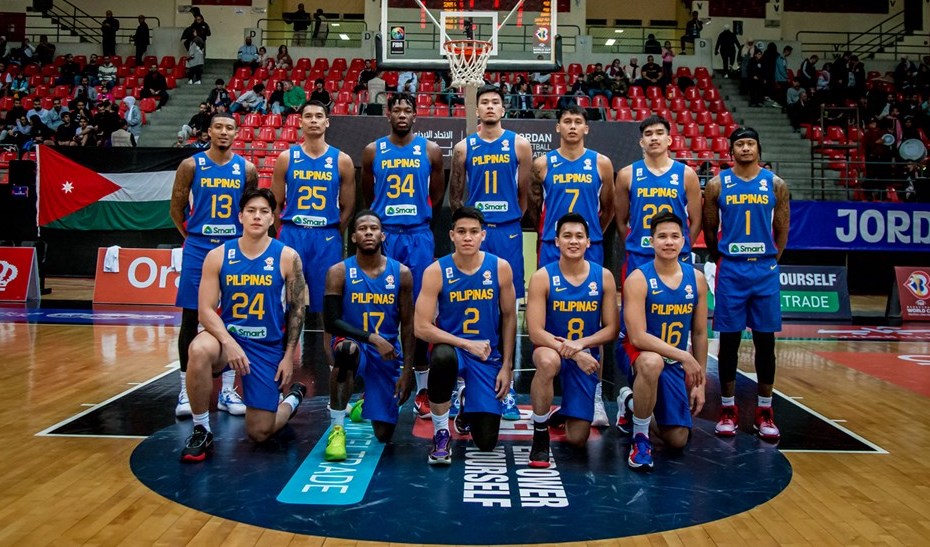 Gilas Pilipinas Men completed a sweep of the fifth window of the FIBA Basketball World Cup 2023 Asian Qualifiers. They took down Jordan in Amman, 74-66, before dispatching Saudi Arabia in Jeddah, 76-63.

“We’re seeing definite strides being made in the right direction,” coach Chot Reyes said about their two-game stretch.

After those two wins, the Philippines improved to 5-3 in Group E, good for solo third behind Lebanon and New Zealand.

Here are three takeaways from Gilas’ performance in the recently-concluded window.

Before their first game of the window against Jordan, assistant coach Tim Cone emphasized playing tough defense against their opponents.

Gilas took that to heart and executed their defensive game plan to the tee. The Philippines limited Jordan – a team averaging nearly 75 points per game in their first eight games – to just 66 points on 37.3 percent shooting.

A key cog for Gilas in that game was Dwight Ramos, who was the primary defender assigned to Jordan’s main scorer Dar Tucker. While Tucker still finished the game with 23 points, Ramos made sure he had to work for every point he scored. Ramos, one of the key scorers of Gilas, sacrificed his offensive output to focus on his defensive assignment.

“What a luxury to have a player like Dwight. We talked to him about it, we prepared him for it,” Reyes said. “To his credit, he really did his job well. We knew it was going to take away some of his offense, obviously, but his contribution was mainly to be the Tucker stopper.”

Gilas brought the same defense-first mindset with them to Jeddah. They limited Saudi to just 63 points on 29.5 percent field goal shooting.

After giving up more than 75 points per game in their first six games, Gilas only allowed an average of 64.5 points per game against Saudi and Jordan. This new defensive mindset is going to be a key building block for the team as they prepare for the FIBA Basketball World Cup 2023.

In the last window, Scottie Thompson, one of the wing players of the team, emerged as a possible point guard option for the team. With Kiefer Ravena sitting out this window due to injury, that possibility became a reality out of necessity.

“I thought with Scottie, we’d have a point guard. He’s got the size, he’s not going to be overpowered, by these 6’4”, 6’5” point guards like Freddie Ibrahim today. And he delivered,” explained Reyes.

Against Jordan, Thompson flirted with a triple-double. He scored eight points and grabbed 13 rebounds. More importantly, he led the team with eight assists and only turned the ball over twice in nearly 28 minutes of action.

Backing up Thompson in that game was Cjay Perez, who played only 18 minutes but still managed to put up 11 points and five rebounds. Just like Thompson, Perez wasn’t a natural point guard and was playing out of position. But he embraced his new role in this window and excelled.

With their newfound ability to run the team, Thompson and Perez will be relied on even more moving forward as they can play several positions and contribute in multiple ways.

‘Next man up’ mentality

In the last window, Jordan Clarkson led the team in scoring, averaging 25 points in the two games he played. One player isn’t going to replace his output so it was a total team effort to make up for Clarkson’s scoring.

Against Jordan, 10 out of the 11 players that were fielded in the game managed to get on the board. In their game versus Saudi, four players scored in double figures in a balanced effort from the team.

Playing away from home, all 12 players who were part of the roster carried their weight and stepped up to the plate when needed. That “next man up” mentality that the team displayed in this window was evident with the big men that were part of the team. June Mar Fajardo, part of the 20-man preliminary roster, had to beg off from this window due to injury.

Without the six-time MVP, the team relied heavily on Kai Sotto who continued to shine for the Philippines. He led the team in scoring against Jordan, with 16 points on 62.5 percent shooting. Against Saudi, Sotto dominated the paint with 11 points, nine rebounds, and five blocks.

This was one of the biggest steps forward that Reyes spoke about.

“Like I always say, more than anything, it’s the development of the team’s spirit which is very, very important,” he said after their game against Saudi.