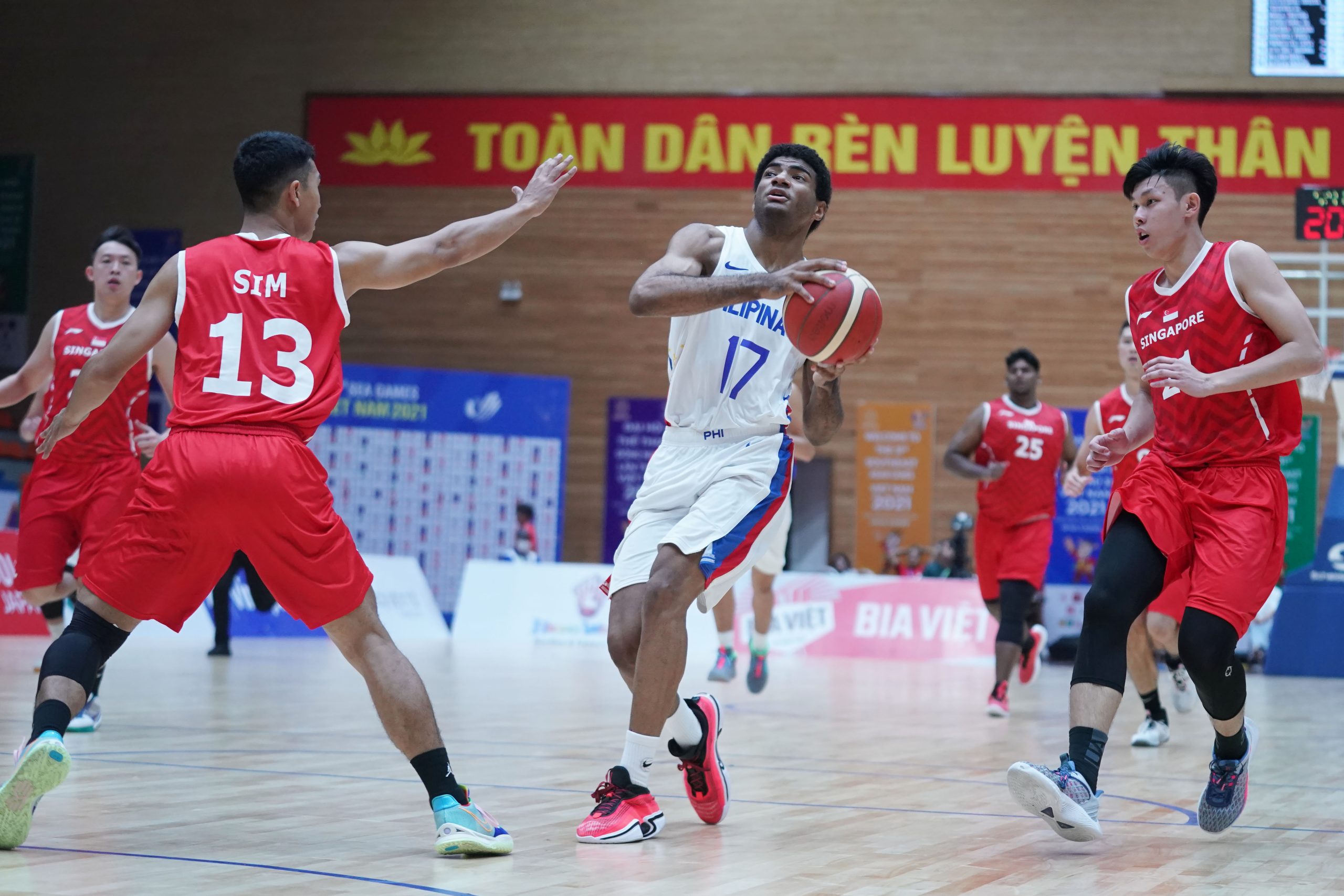 Gilas Pilipinas remained undefeated in the 31st Southeast Asian Games after clobbering Singapore, 88-37, at the Thanh Tri Gymnasium in Hanoi, Vietnam on Wednesday.

Following a 68-point demolition of Cambodia, the Philippines orchestrated another blowout for their third straight win.

RR Pogoy topped the scoring charts with 19 points, 12 of which came in the first half. Lebron Lopez, who had an impressive 17-point SEA Games debut against Cambodia, continues to be efficient for the Philippines, going a perfect 7-for-7 from the field for 18 points.

Gilas started off slow on the offensive end but locked down on defense. They kept Singapore scoreless until the five-minute mark and only allowed two baskets in the first period.

It was in the second quarter that the Philippines took full control. They forced multiple turnovers and converted them on the other end as they outscored Singapore, 26-10. They had difficulty sinking their 3-point attempts, only making 2-of-12, but they also did not allow Singapore to make any of their shots.

After the break, the Philippines continued to blast Singapore. Points were distributed as all Gilas players saw time on the floor. They continued to struggle from long distance, but the Philippines recognized their shooting slump and aggressively attacked the basket to make 29-of-44 within the arc.

Gilas put on a show in the final quarter, highlighted by Lopez’s 11-point outburst to complete a 51-point blowout.

The Philippines leads the competition with a 3-0 record, followed by Vietnam and Indonesia with identical 2-0 slates. The top squad at the end of the round-robin play bags the gold.