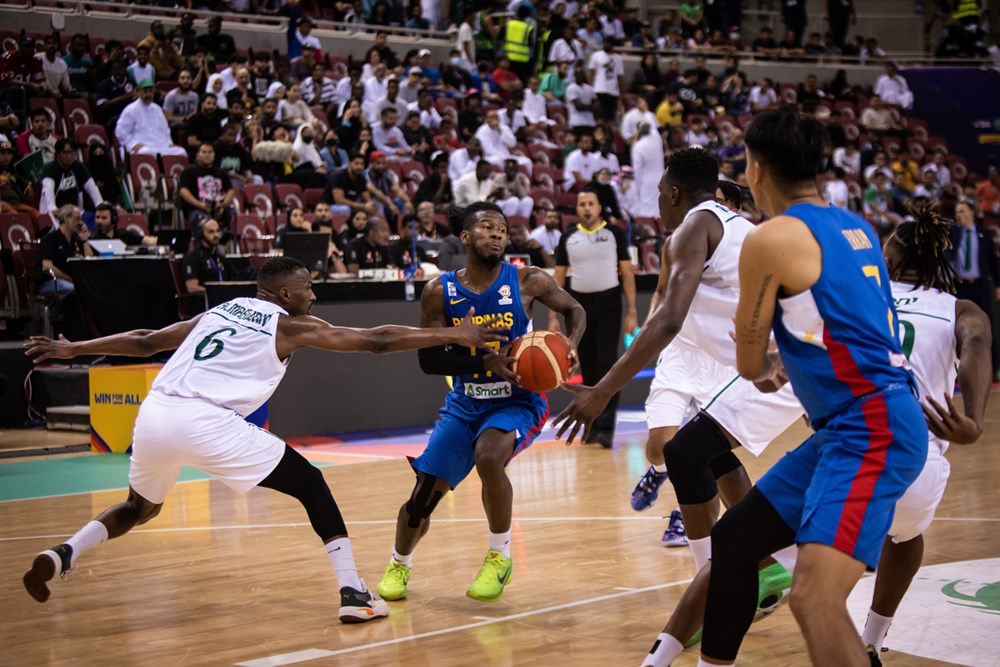 It was a total team effort as Gilas nabbed their third straight win in the second round of the tournament. Four players scored in double figures, led by RR Pogoy and Dwight Ramos who finished with 13 points apiece. Kai Sotto delivered 11 points and nine rebounds while CJ Perez added 10 points. Scottie Thompson had a near double-double with nine points and nine rebounds in the win.

“I think we got a lot of energy from the crowd. They really gave us a huge boost, they just wouldn’t allow us to lose, until we hit our stride and finally hit some shots in the second half and in the third quarter. And we were able to use our defense essentially to pull off the win,” explained Coach Chot Reyes about the game.

It was a tight contest early with both teams trading baskets and leads in the first period. The Philippines turned on the defensive pressure in the second quarter, limiting Saudi to only nine points during that stretch. They closed out the period with a 13-5 run to take an eight-point lead heading into the halftime break. Gilas built their biggest lead of the game behind the shooting spree of Pogoy whose third triple of the game extended the team’s lead to 16 points.

Saudi threatened to come back late in the fourth period when they cut the lead down to just eight points with two minutes left in the game. Thompson ended their run with a clutch offensive rebound that led to two free throws, bringing the team’s lead back up to double figures. Ramos scored four straight points in the final minute to ice the game.

Gilas once again showcased their defensive intensity. They were flying around the court, contesting every shot. They limited Saudi to just 29.5 percent shooting from the field and 22.5 percent from beyond the arc. They also finished the game with six steals and seven blocks to highlight the strong defensive effort of the whole team.

With this win, Gilas’ record in Group E improved to 5-3. They strengthen their hold of the third spot in the group ahead of Saudi, Jordan, and India.

Both games of the final window of the qualifiers will be held in Manila in February 2023, as Gilas hosts Lebanon and Jordan to close out the second round.