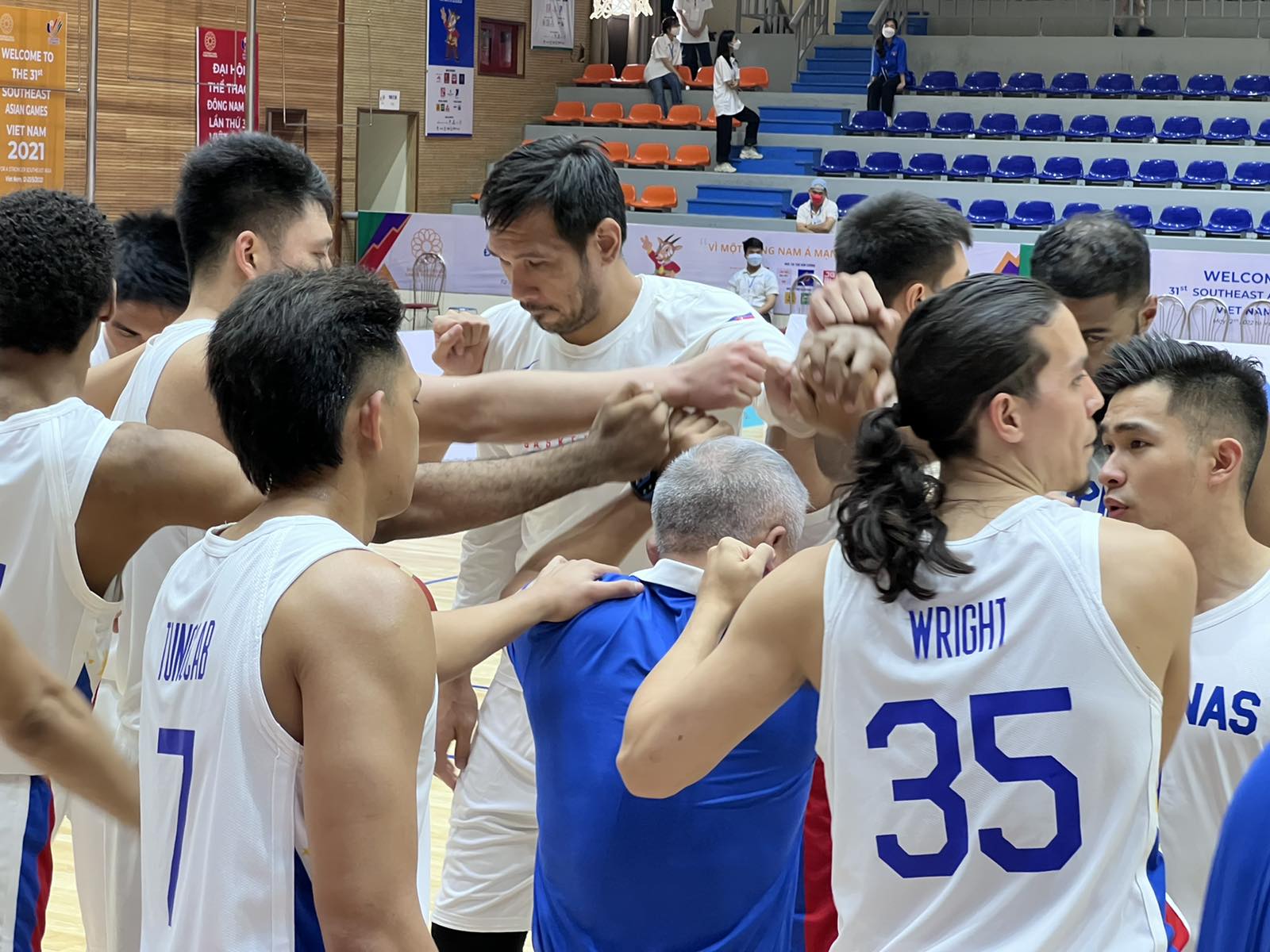 Gilas Pilipinas stayed undefeated in the 31st Southeast Asian Games after another win against Malaysia, 87-44, at the Thanh Tri Gymnasium in Hanoi, Vietnam on Saturday.

The Philippines is now one win away from grabbing its 19th straight gold medal.

Thirdy Ravena had an all-around performance for Gilas. He had 17 points, seven rebounds, five assists, and two steals in the blowout match.

All 12 Gilas players made contributions, including RR Pogoy and Francis Lopez who both had nine each. Pogoy also led the team in rebounding with 10 boards. June Mar Fajardo delivered five points and four rebounds.

It was a relatively close match in the beginning as Malaysia kept up with the Philippines in the opening minutes. Gilas held onto a nine-point lead at the end of the first quarter.

Despite the struggles from beyond the arc, Gilas slowly separated from Malaysia by playing with confidence and limiting their mistakes.

The Philippines also held Ting Chun Hong, Malaysia’s top scorer who has been averaging 19 points per game prior to this matchup, scoreless.

With the win, Gilas Men are the frontrunners for the gold, which will be awarded to the team with the best record.

The Philippines takes on Indonesia for its final game in the SEA Games on Sunday, May 22 at 4:00 PM PHT.