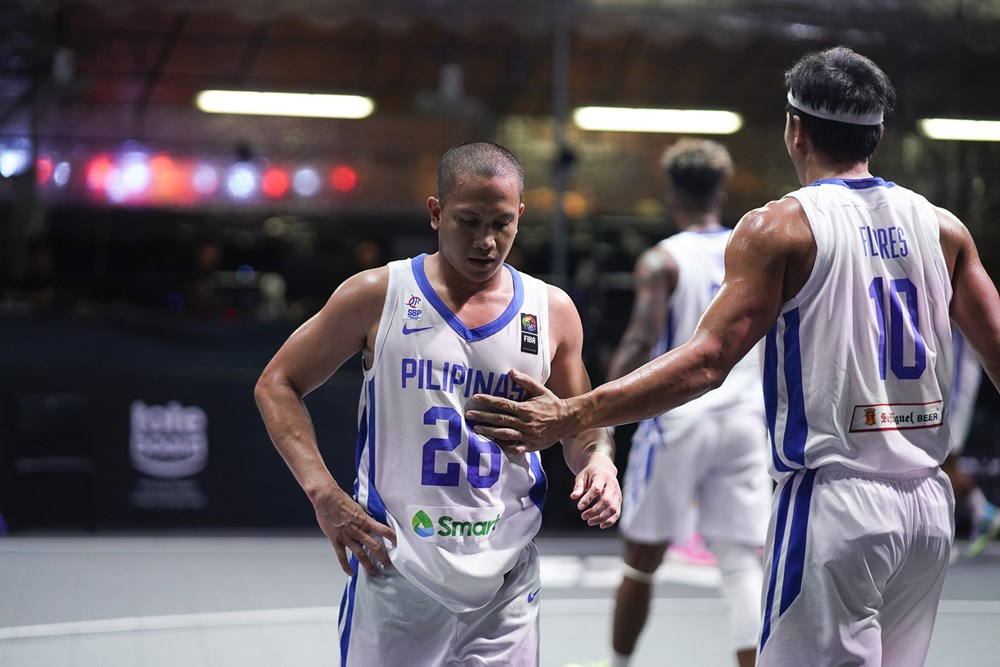 Gilas Pilipinas Men took the taller China squad to the limit, losing in the bronze medal game of the FIBA 3×3 Asia Cup 2022, 20-18, Sunday in Singapore.

It was a different game compared to their first meeting in the pool phase of the competition, where China took a 10-point win.

China looked like they were going to pull away from Gilas once again when they scored three straight baskets in the paint to take a four-point lead early, but Joseph Eriobu would not let a repeat of their last meeting happen.

Eriobu bulldozed his way to the paint for two strong layups to keep Gilas within striking distance. After Eriobu, it was Vosotros’s turn to go off. He went on a 6-2 run off the strength of his long bombs to tie the game at 14. Lervin Flores also contributed to the Gilas run with strong defense in the paint.

China once again capitalized on their height advantage. They hit three straight buckets inside to take a 20-16 lead in the final minute of the game. Flores answered back with a high-looping 2-pointer to cut the deficit down to just two with 27.4 seconds left in the match.

Gilas played strong defense, preventing China from scoring again. Flores managed to get a steal after a dead ball situation, opening up a chance for Vosotros to tie the game in the dying seconds. Unfortunately, Vosotros’ shot hit front iron and China escaped with the win.

Vosotros, Flores, and Samboy de Leon plays for TNT Tropang Giga in the PBA, while Eriobu plays for the Purefoods TJ Titans.

The Philippines finishes this year’s tournament in fourth place, which is a remarkable improvement from their 16th place finish in 2019.