Share this article:
Gilas 3×3 advance to quarterfinals despite loss to China 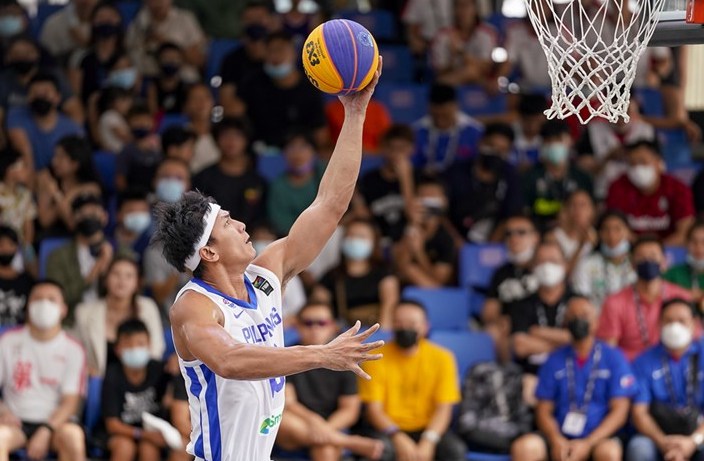 Gilas Pilipinas Men advanced to the quarterfinals of the FIBA 3×3 Asia Cup 2022 despite losing to China, 21-11, Saturday in Singapore.

The Philippines finished in second place in Pool C with a 1-1 record as the top two teams in each pool will advance. Gilas was able to beat host Singapore earlier in the day.

The men’s 3×3 national team was hoping to stay undefeated in the tournament but met a wall in the long and youthful lineup of China. Facing two 6-foot-7 players and two more 6-foot-8 mobile big men, Gilas fought valiantly despite the height disadvantage.

A two-pointer from Samboy de Leon made it a six-point game with two and a half minutes remaining. Unfortunately, China’s height proved to be the difference in the contest as they kept attacking in the paint.

Gilas will face top-ranked Mongolia in the quarterfinals, Sunday at 3:25 PM.