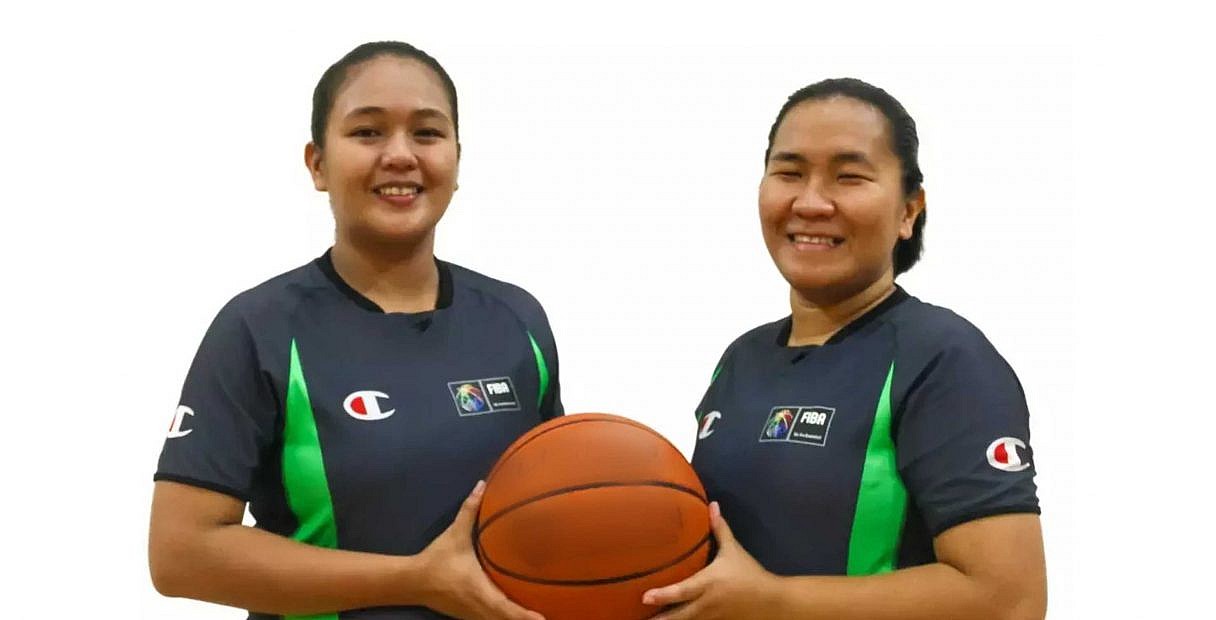 You often hear coaches and players talking about their love for the game of basketball. You get to know their stories about how they learned the sport at a young age. You also find yourself inspired by their immense passion and dedication.

What basketball fans don’t usually hear about, however, is the same love for the game from the other side of the spectrum: the officials.

Referees are very much part of basketball even though they’re mostly seen in the background. They may run outside the four lines of the court, but their stories also stem from the same passion and dedication.

In the latest episode of SBP’s Women In Charge, referees Faye Veras and Editha Boticario shared their inspiring basketball journeys. Two of the few female officials in the country, they talked about their drive and how they overcame the challenges that came with the job.

Both FIBA-licensed officials, Veras and Boticario have officiated at almost every level locally and have even taken their talents to the international scene. The two are blazing the trail so that more women can choose to take the path they have taken.

It was actually Boticario who opened the door for Veras, acting as mentor and guide to her younger colleague. Veras was still in Bicol back in 2017 when she was contacted by Boticario, who was then a coach at the University of Makati. Boticario asked Veras if she wanted to continue her studies in Makati, where she could explore a career in basketball.

Veras did not only get a chance to play and study at UMak, but she also got to try being a referee. She would take classes in the morning, train with her basketball team in the afternoon, and then practice refereeing in the evening. During weekends, she would referee all day wherever she could.

Veras’ curiosity with officiating began back in Camarines Norte. She was a young, aspiring basketball player, but she knew that she had limited playing opportunities. When the SBP referees visited and conducted orientations in the region, Veras noticed that there were no women involved.

Back then, she only had question in her mind: “Bakit kaya wala akong nakikitang babaeng referee?”

Fast forward to 2019, two years after her officiating journey began at UMak, Veras found herself refereeing at the University Athletic Association of the Philippines (UAAP), one of the country’s premier basketball leagues. Right away, she was met with skepticism.

Veras proved that she’s capable of officiating every division of UAAP basketball, whether juniors or seniors, whether men’s or women’s games. When she officiated a men’s basketball game between University of the Philippines and University of the East, she admitted that the magnitude of the moment got to her. After all, it featured two exciting teams with big fan bases inside the Mall of Asia Arena. However, she met the moment head-on.

Despite the difficulties of being a referee, especially a woman referee, Veras remains fearless.

Veras would then be reminded that despite the odds stacked against her, there were still many people in her corner. “Meron pa ring mga tao na hahatak sa iyo pataas,” she said.

Boticario’s journey, on the other hand, started a bit differently. She hails from the same province as Veras, but unlike her mentee, she didn’t start out as a player. Boticario was a volleyball player initially before dipping her toes into basketball as a referee. She started to officiate games as early as 17 years old.

As a youngster who was not only new to officiating but also the basics of the game, Boticario struggled during her early years. She recalled that it even took her an entire year before she got the hang of calling the traveling violation. Through practice and repetition, she rose through the ranks as a young official. She was one of those kids who wrote her big dreams on a wall to be reminded every day of her goals.

In the last decade, Boticario’s dreams became reality. She started out as an intern for the ASEAN Basketball League (ABL), before getting into the SBP. In 2015, she found herself back with the ABL, this time as a referee. The following year, she made history as one of the first female referees in the Philippine Basketball Association (PBA). After breaking the ceiling in the PBA, she went back to the ABL as a technical supervisor.

Currently, there are 62 licensed referees from the Philippines listed on the FIBA website. Only three of those are female: Boticario, Veras, and Cristina Columna.
Considering that the Philippines is a basketball-crazy country, having only three female FIBA-licensed officials is definitely not enough. Hopefully, with Veras and Boticario leading the way, there will be more in the near future. Veras once dreamt of joining the national team. While she didn’t get to play for Gilas Women, she did reach her dream of representing the country in international competitions as a referee.