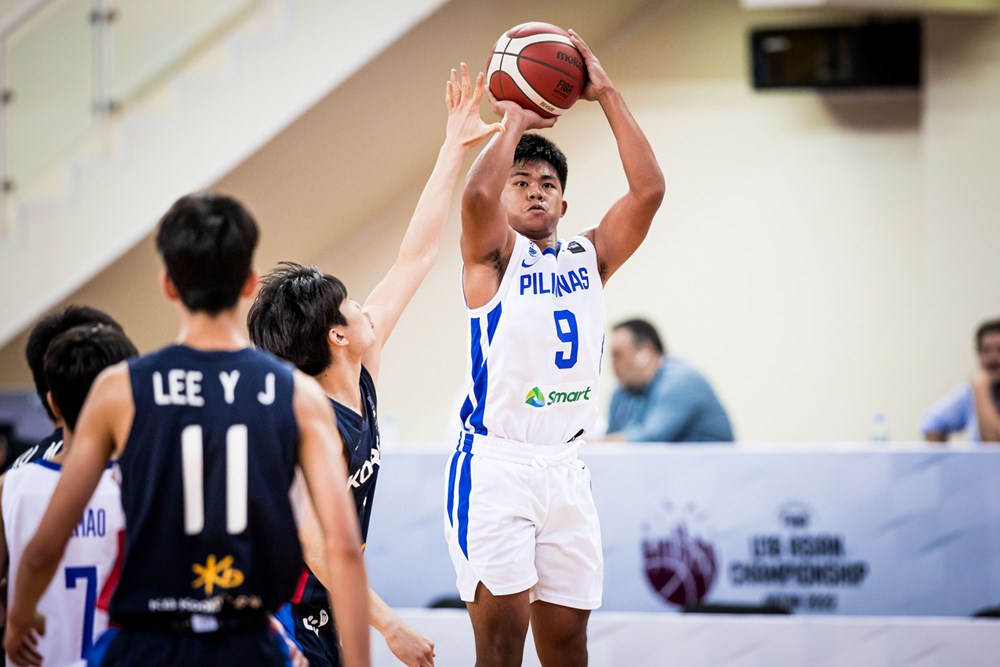 Jared Bahay had his best scoring game of the tournament as he dropped 25 points. The fiery guard was only 5-for-15 from the field but went a perfect 13-for-13 from the charity stripe. He also had four rebounds and nine assists. Zain Mahmood continued his stellar showing on the international stage by collecting 12 points and six boards.

The Philippines outscored Korea in the third, 25-22, to make it a four-point game heading into the final frame. Unfortunately, the Koreans were able to consistently nail their outside shots to extend their advantage. Mingyo Ku’s 3-pointer pushed Korea’s lead to 13, 79-66, with under four minutes remaining.

Gilas tried to stay within striking distance behind the efforts of Bahay. A layup from the Sacred Heart-Ateneo de Cebu product made it 81-72 with two and a half minutes left. But a basket plus an and-1 play from Ku pushed Korea’s lead to 14, essentially sealing the game.

Caelum Harris also provided the Philippines with 10 points and six rebounds while Lorenzo Competente chipped in with nine points.

Gilas Pilipinas Youth will aim for a seventh-place finish as they take on the loser between Iran and India for their final game of the tournament on Sunday.