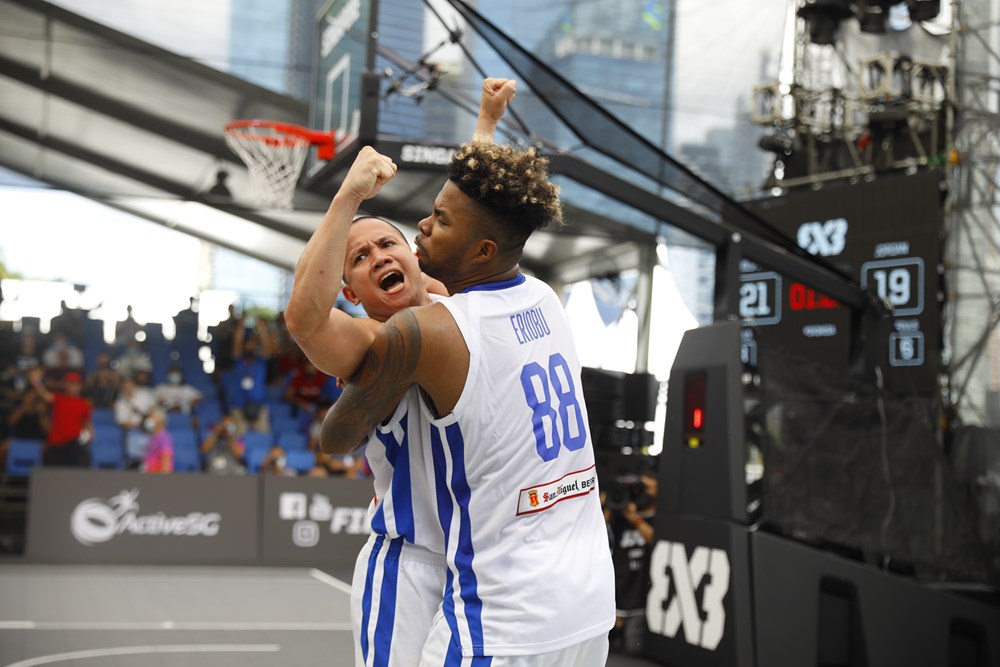 Vosotros waxed hot from long distance and finished with 11 points, scoring all of the Philippines’ points in the closing minutes. He drilled five two-pointers, including the game-winning basket with 4:02 left in the contest.

Joseph Eriobu did his damage early in the contest as he scored Gilas’ first seven points. He ended up with eight points while Samboy de Leon and Lervin Flores had one point apiece.

The game was tied at 10-all before Vosotros caught fire. He sank back-to-back deuces and added a free throw to give the Philippines a 15-11 advantage with roughly five minutes remaining.

Even as Indonesia kept within striking distance, Vosotros left no room for an upset thanks to his blazing shooting. After two more deuces to make it 19-13, Indonesia answered with its own long bomb to make it a four-point game. However, Eriobu quickly gave the ball to the hot hand and Vosotros knocked down the finishing two-pointer.

The Philippines advances into the tournament’s main competition after winning its two games in the qualifying draw versus Indonesia and Jordan. It will now head to Pool C along Singapore and China.