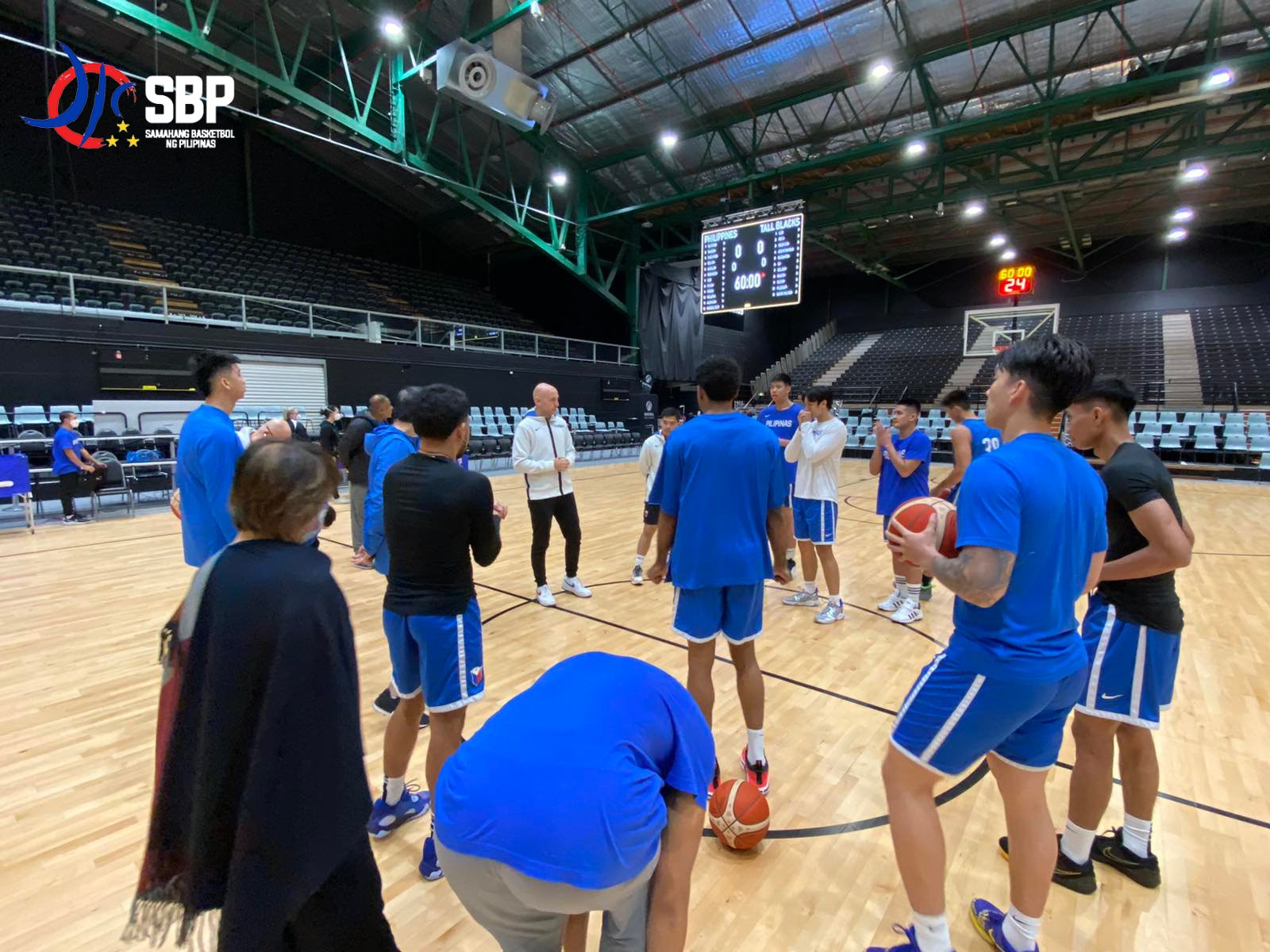 Gilas Pilipinas Men head coach Nenad Vučinić is optimistic that the Philippines will have a better showing in the third window of the FIBA World Cup 2023 Asian Qualifiers.

“We can beat New Zealand. We can beat India,” said Vučinić who has been tasked to man the sidelines for the two games. “We have to play very well though, to beat them, especially against New Zealand.”

In the previous window in February, Gilas easily won against India, 88-64, but lost versus New Zealand, 88-63. The new team heading into the third window will be younger compared to the one before which had PBA players, but Vučinić is confident in the potential of this version of Gilas Men.

Gilas will take on India, which is still searching for its first win after three games.

Before hosting India, the national team will first have to fly out to New Zealand and lock horns with the Tall Blacks who boast a perfect 3-0 record so far.

It will also be a homecoming of sorts for Vučinić who played professionally in New Zealand and also became the national team head coach from 2006 to 2014 after being an assistant for six years.

“And it’s gonna be even weirder now because I’m a head coach for this window. So it’s difficult but in the end, once the game starts, we’re gonna try to beat them.”

As Gilas takes on a hungry Indian team and an undefeated New Zealand squad, it will take the right mix of determination and execution.

“They cannot step back, they cannot go into this game not thinking that they can win the game. This is very important,” Vučinić said. “But they have to also execute. They have to play within the system. We have got some talent that we can exploit, but without the system, it’s impossible to do that. So they have to trust the system, they have to execute and then you know it comes down to the ability to adjust to what the opposition is doing because it’s high-level opposition, very good coaching staff.”

More than the X’s and O’s, Vučinić said that it will boil down to the players’ belief that they can win against top competition and that a collective effort can transcend talent.