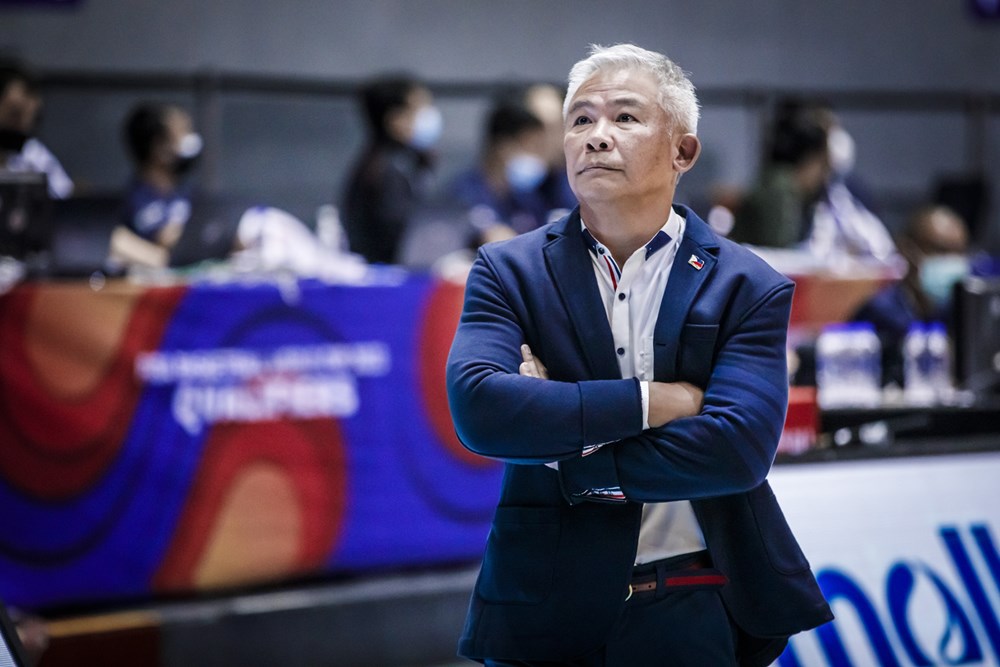 The 25-point victory by the Tall Blacks was a stern reminder that the Philippines still has a long way to go in its preparations for next year’s tournament.

“Obviously, after every game especially after a loss, we always feel we could have done a little bit better. And the preparation is certainly very, very crucial,” Gilas head coach Chot Reyes said. “We still have a lot of things we have to work on.”

This iteration of the national team had to go through a quick transition amid Reyes’ return to the sidelines. The bulk of the pool leaned on the core of TNT Tropang Giga mixed with available young talents.

Fortunately, of the few players who were called into the lineup for the February window, Thirdy Ravena and Dwight Ramos proved to be difference-makers. The two shined in the game versus India and continued their strong showing against New Zealand.

However, Ravena felt bittersweet about his performance in Gilas’ loss to the Tall Blacks. The athletic forward filled the stat sheet with 23 points, five rebounds, five assists, and five steals in a losing effort.

“It’s hard to be happy right now at this moment kasi nga talo kami. It doesn’t mean anything if you score 40 points and lose the game,” Ravena said. “I feel like we could have beat this team. But you know, that’s the frustrating part about it. We were able to fight pero yun nga, nakakapanghinayang lang at the end of the day.”

Ravena was particularly bothered by his shooting display as he went 9-for-18 from the field but struggled mightily from the line, going 3-for-10.

“I guess it’s just one of those days. Personally, I still need to work on my free throws a lot more. Free throws can cost a game, it might not be as seen in this particular game, but it can definitely cost [us] in the future. It’s one point, and one point can make a big difference in a basketball game,” said Ravena.

Even Ramos, the team’s second-leading scorer with 18 points, only went 5-for-9 at the charity stripe. As a team, the Philippines went 10-for-23 with Kelly Williams and Ange Kouame combined for 2-for-4.

Gilas Pilipinas kept in step with the Tall Blacks for much of the first half, but could not sustain their effort in the last two quarters. Led by Dion Prewster and Tom Vodanovich, New Zealand muscled its way in the post, outrebounding the Philippines, 54-34, and scoring 40 points in the painted area.

Prewster and Vodanovich notched 20 points each for the Tall Blacks, while three others finished in double-figures. In comparison, Gilas’ scoring load was heavily distributed between Ramos and Ravena. Robert Bolick chipped in with 10 points after leading a late fourth-quarter charge.

“It’s always a lesson, it’s always a blessing to be able to have this opportunity to represent the country and to fight against great teams,” Ravena said. “And tonight we fought, I’m very proud of that.”

After a 1-1 record against India and New Zealand, Reyes was left to assess the team’s makeup and what needs to be done moving forward.

“The players are not yet familiar with each other,” Reyes said. “Even me, this is my first time ever to coach Thirdy, Dwight, Ange (Kouame), several other players on the team.”

Reyes went on to explain his reasoning behind the Philippines’ 12-man lineup versus New Zealand. Of the 15 players in the pool, only Gab Banal and LeBron Lopez did not see action in the February window.

“He knew that he was a backup to Roger in case Pogoy couldn’t go,” said Reyes, referring to Banal. “Gab Banal was our backup. And that was made very clear to him when we included him in the 15-man lineup.

“For LeBron, he was the last person to join… he’s very far from the scheme of things,” Reyes said on the 18-year-old high-flyer. “He’s still very far from understanding our offense, our defense, and that’s the reason for those decisions. But in the future, like I told LeBron, he’s going to get more chances with this team. But he has to be present. He has to be in the training camps, in the practices, like all these other guys.”

Even though the succeeding lineups look to be flexible, among the things certain is the role that Ravena and Ramos will have. After the victory over India, Reyes pointed out that Gilas will lean on the leadership of the two young guns, which he reiterated after Sunday night’s loss.

“Not only with their statistics, with their points, but in all aspects of leadership – their work ethic, the energy they bring to practices, everything that’s important for leaders,” Reyes said on the two Gilas standouts.

Amid the limited preparation time, a hastily-formed roster, and a tough defeat, Reyes remains optimistic about the future of Gilas Pilipinas leading up to the 2023 FIBA World Cup.

“I think we will get better as time goes by,” Reyes said. “But as I said, there are certainly a lot of bright spots, a lot of things to build on. We just have to be able to put in the work.”