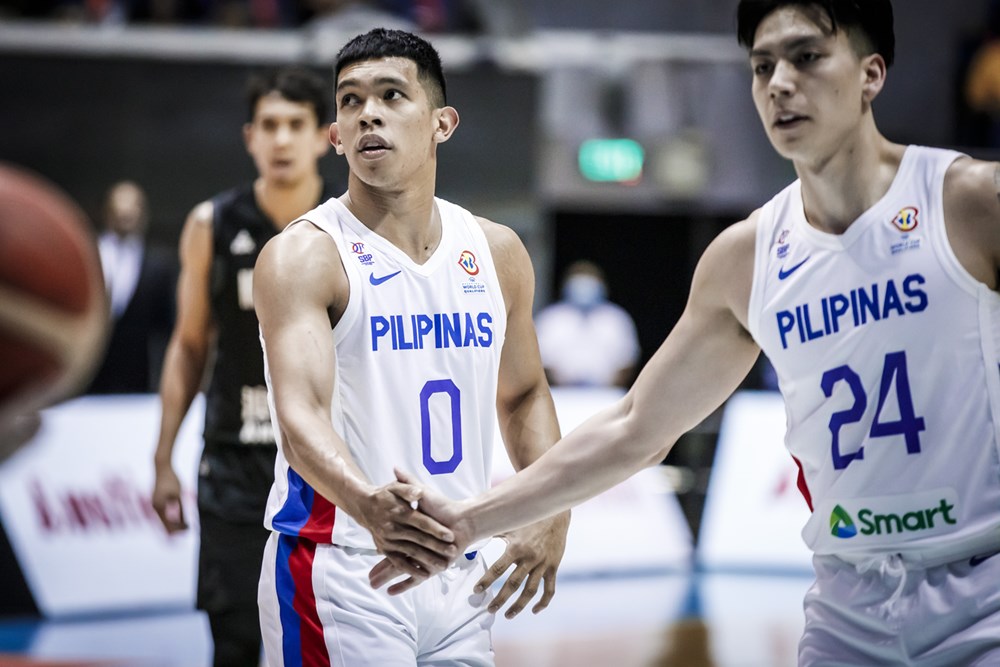 The 16-man pool for the Men’s Basketball 5-on-5 event was announced by head coach Chot Reyes on Friday.

“We always said that we wanted to look always into the future,” Reyes said.

Ravena and Ramos were given leadership roles after the 2023 FIBA World Cup Asian Qualifiers last month. The two are currently playing in the Japan B. League but will be available before the SEA Games open.

“We wanted to have a lot more young players in the pool except the SEA Games is going to overlap with the UAAP schedule so that strikes out a lot of the collegiate players that are in our roster,” Reyes explained as he pointed out the support that the PBA has given. “We would love to have Ange Kouame, Justine Baltazar, Carl Tamayo, Dave Ildefonso, all those guys on the list with us.”

The Philippines has been the standard for the 5-on-5 basketball event of the SEA Games, winning gold in the last 13 editions and 18 overall.

“The key now is how quickly we can come together for practice to prepare,” Reyes said.

In the 3×3 event, the quartet of Reymar Caduyac, Jorey Napoles, Brandon Ganuelas-Rosser, and Marvin Hayes look to defend the country’s title.

The four are part of the Limitless App team that won the inaugural PBA 3×3 conference, capturing the grand finals as well as the two tournament legs prior.

The Philippines won the first edition of the 3×3 event in 2019 in Manila.