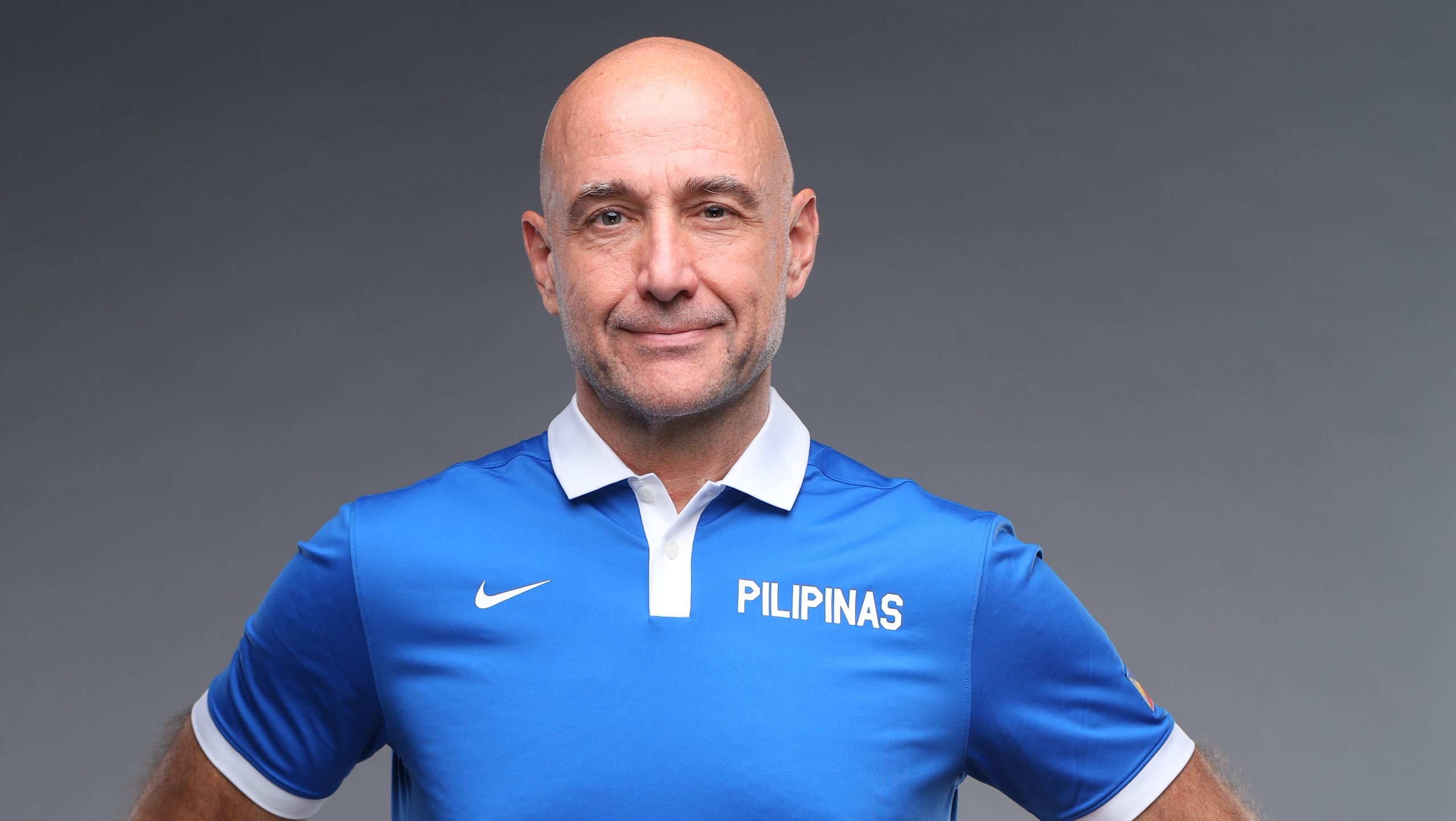 You’ve probably seen him instructing and barking out orders from the sidelines. He may look unfamiliar to many but he’s no stranger to the international scene and has been around for quite some time.

Nenad Vucinic was recently tapped to coach Gilas Pilipinas Men for the upcoming window of the FIBA World Cup 2023 Asian Qualifiers. In the previous window in February, he was part of the national team staff as an assistant coach.

Vucinic has experienced practically all sides of international basketball. He played professionally in Serbia before he flew to New Zealand to visit his mother’s side of the family.  In New Zealand, he continued his basketball career in the NBL as a player and a coach.

“I was coaching there for a long time while I was playing and I enjoyed it right from the first moment. I take [coaching] very seriously. It means a lot to me. I didn’t think it was going to become my career, and that I would make a living out of that, but it turns out I can do some things with that and I would gladly accept to have basketball in my life,” he said.

Vucinic has been part of the Gilas program since January this year and debuted as an assistant coach in the second window of the FIBA World Cup 2023 Asian Qualifiers. He is also a consultant for the Meralco Bolts in the PBA. Now, he has been tasked to lead the Gilas Men squad in the upcoming window of the qualifiers.

Vucinic said that competing in the international scene is completely different from local leagues. For one, professional leagues often give their players ample time to prepare for a tournament. Contracts also bind them to a team for about a year or more depending on the situation. In the international scene, there is a different competition format, usually a shortened tournament schedule, and a quick turnover of players. That’s why Vucinic is grateful for his time in New Zealand, a stint that helped him prepare for this big role with Gilas.

“It’s something you need experience with and I was lucky that I was a player first for the national team of New Zealand, so I understood the tournament’s advantages and disadvantages, and difficulties,” said Vucinic.

Going to the Philippines was a big step that Vucinic gladly embraced. Now that he’s part of the local basketball scene, he is seeing first-hand how much Filipinos value the sport.

“I really enjoy the importance of basketball to everybody in this country. And it’s good to be involved in something that means so much to so many people. So with that, comes pressure, obviously,” said Vucinic.

“So that challenge to try to bring joy, and we have the World Cup next year, to bring joy to the people that care about the game is something that has to drive anybody that is involved in the Gilas program. It is a pressure, it is a responsibility. But it has to turn into a challenge and has to turn into the enjoyment of working together towards the same goal and that is the performance at the World Cup.”