Share this article:
Justin Brownlee takes oath of allegiance to the Philippines 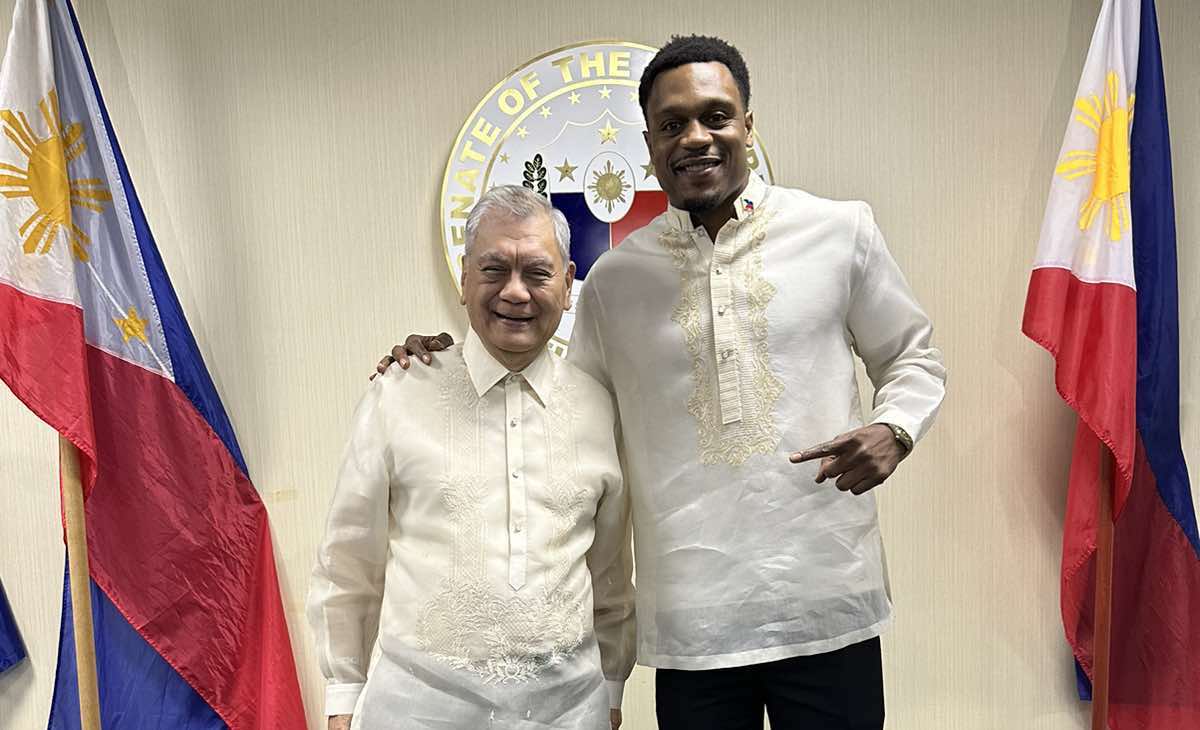 In front of more than 54,000 fans at the Philippine Arena in Bocaue, Bulacan last Sunday, Justin Brownlee wrapped up his mission for Barangay Ginebra San Miguel in the PBA Commissioner’s Cup.

Now he sets off to accomplish another task, this time for millions of Filipinos as a key member of Gilas Pilipinas for the sixth and final window of the FIBA Basketball World Cup Asian Qualifiers next month.

Hours after leading the Kings to the championship against Hong Kong’s Bay Area Dragons in Game 7 of the conference Finals, Brownlee completed the first of three remaining tasks leading to his naturalization Monday, taking his oath of allegiance as a Filipino citizen at the Philippine Senate in Pasay City.

Two more steps remain for Brownlee for him to be able to exercise all the rights and privileges of a Filipino citizen, and be eligible to play as one for Gilas Pilipinas: secure a certification of naturalization from the Bureau of Immigration and Deportation and acquire a Philippine passport from the Department of Foreign Affairs.

Both documents are expected to be secured in the next few days.

After hurdling the mandatory process of naturalization in the House of Representatives and the Senate, with the President signing into law the legislative measure known as Republic Act No. 11937, Brownlee was sworn in by Sen. Francis Tolentino, chairman of the Senate Committee on Justice and Human Rights, in the presence of fellow Senators Christopher ‘Bong’ Go and JV Ejercito, and Rep. Juliet Marie de Leon Ferrer, chairman of the House of Representatives Committee on Justice.

“As a citizen, I will try my best to make the Filipino people proud. I want to keep making you guys proud and to do whatever I can to help the national team,” Brownlee said during the oath-taking ceremony, which was packed by TV station crew and media lasted nearly two hours.

Plans to visit his family in the United States are on hold for Brownlee, with the PBA season-ending Govenors’ Cup kicking off on January 22 at the Philsports Arena and national coach Chot Reyes about to start Gilas Pilipinas’ once-a-week practice on Monday.

Sen. Tolentino, the Chairman of the Senate Committee on Justice and Human Rights, said he is honored to have played an instrumental part in the naturalization effort.

“I join the millions of Filipino basketball fans in having the great honor of embracing Justin Brownlee as a Filipino citizen,” he said. “Not only does his character exemplify the need for hard work, dedication and discipline and are being highlighted to the youth today, what’s more important is that Justin Brownlee’s place in Philippine sports will be further fortified and solidified with his Filipino citizenship.

Rep. Ferrer, who shepherded the bill in Congress and pinned the Philippine flag on Brownlee’s collar, said she held no reservations in throwing her support behind the legislative measure when it was raised in the House

“It is great to have Justin as one of us now,” the representative of the 4th district of Negros Occidental said. “He’ll be representing the country so it will be our pride. I was very honored to be the sponsor of the naturalization bill. He’s a very nice person and so I had no second thoughts when I met him.”

Sen. Go, along with Sen. Ejercito presented Brownlee with his naturalization papers. The Davao-based lawmaker also presented the newly-minted Filipino citizen with a pomelo, which Brownlee peeled open with his bare hands and ate.

“We in SBP thank the President, the Senate and the Lower House for approving the application of Justin Brownlee with dispatch so that he can serve the GILAS PILIPINAS National Team in time for the February Qualifiers.  Our millions of basketball fans truly appreciate the resolve of our political leaders to make our National Team more competitive at the international stage,” said SBP President Al Panlilio.