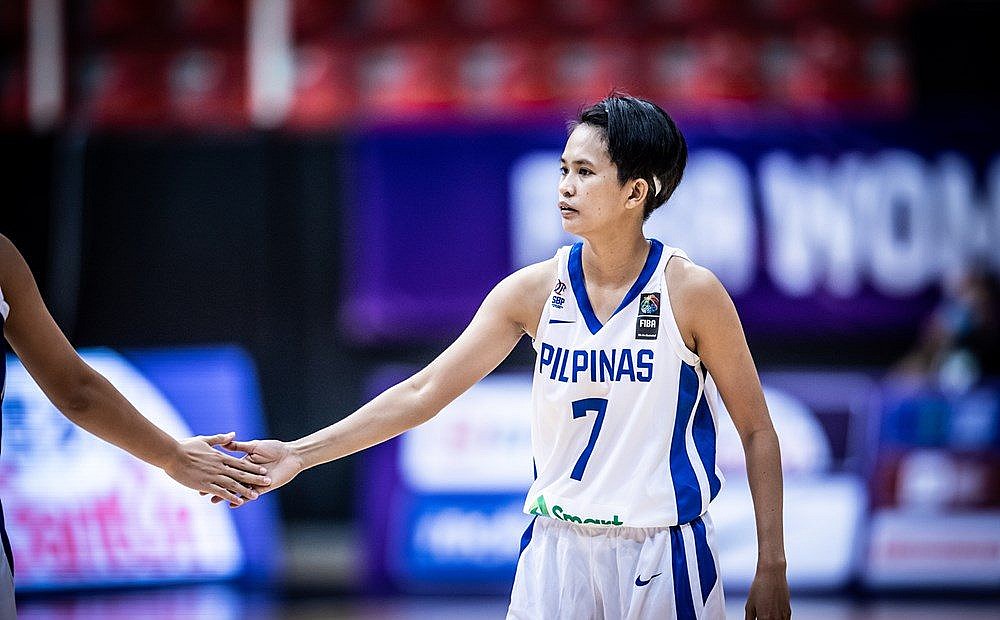 When you watch Janine Pontejos play basketball, she always plays hard. She always competes like she has a chip on her shoulder. She goes all out every time she’s on the floor because she’s constantly ready to prove herself.

When Pontejos began her journey representing the Philippines, she didn’t really expect to be a basketball player. She initially wanted to be a member of the country’s track and field team, but she found a passion for shooting hoops. Once she got into the Gilas Women program, she knew she immediately wanted to prove she belonged.

Pontejos started playing basketball at the bright young age of eight years old in Batangas. She used to play with her older brother and his friends, sometimes even going to other barangays to compete. She was even part of a league despite being the only girl.

Throughout grade school and high school, she always knew she was athletic. Basketball for her grew from being a pastime to something more.

On her path to becoming a star for Centro Escolar University, she underwent the rigors of being a student-athlete. After having 8:00 AM to 5:00 PM classes, she would go train for two to three hours. There also came a point when the practice schedule flipped, with training going from 4:00 AM to 6:00 AM before attending classes.

Pontejos’ unrelenting pursuit to be successful led her to become one of the faces of women’s basketball. One of the highlights of her career was being recognized as one of the deadliest shooters in the game when she won the FIBA 3×3 World Cup shootout in 2018.

She’s heard the haters all her life. From people protesting her place on Gilas to questioning her small frame, she stood through it all.

In 2019, she cemented herself in Philippine women’s basketball lore when she won twin gold medals in the Southeast Asian Games, playing for the 3×3 and 5-on-5 squads to claim historic victories in both events.

After her SEA Games achievement, she decided to join the Philippine Army. She wanted to be a role model on and off the court—as a soldier and as a basketball player.

Pontejos continued to represent the country, recently leading Gilas Women in the 2021 FIBA Asia Cup. The Philippines was able to retain its Division A status after the hard-fought tournament. As the team captain and one of the longest-tenured members of the team, she continues to prove to others that Gilas Women is more than capable of competing on the world stage.