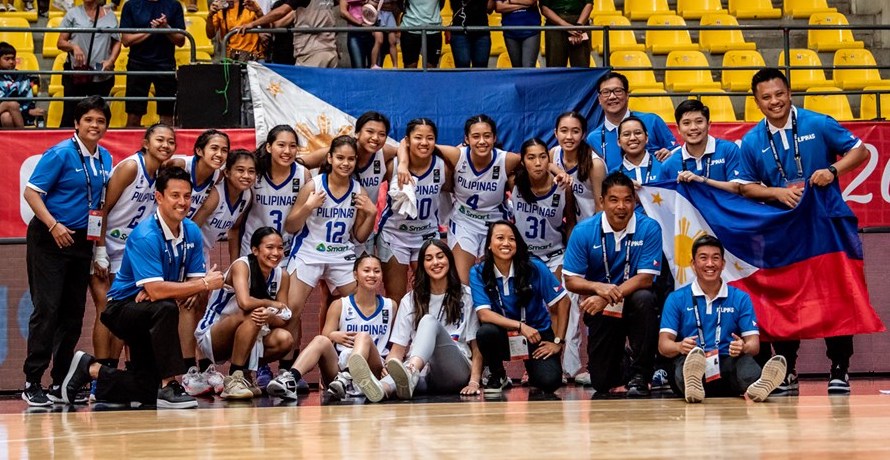 Gilas Pilipinas Youth took home the bronze medal after an outstanding 90-68 performance against Lebanon in the FIBA U16 Women’s Asian Championship 2022 in Amman, Jordan on Thursday.

Gabriella Ramos and Kristan Yumul bounced back after a cold shooting night against Samoa as they combined for 40 points, seven rebounds, six assists, and six steals. Meanwhile, Naomi Panganiban contributed a near double-double of 16 points and nine rebounds.

Yumul had a hot start, scoring 12 of the team’s 24 in the second quarter. The Philippines played superior perimeter defense, not allowing Lebanon to hit any of their 3-point shots in the first half.

After only leading by seven points, 44-37, at the break, Gilas Youth widened the gap in the third period with a 8-2 run. By the end of the quarter, they were up by 19 points.

The momentum carried over into the final frame and Gilas Youth eventually held on to secure the win over Lebanon.

Gilas Youth, who built a lead as high as 32 points, dominated Lebanon in fast break points, 22-13.