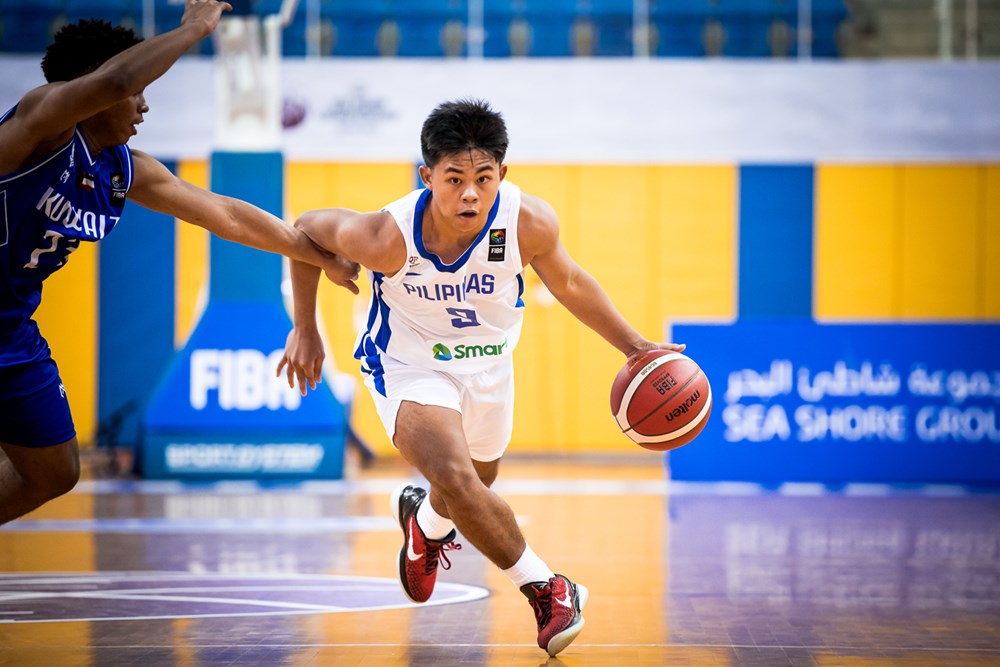 The new Gilas Pilipinas Youth squad showed no jitters in their first game in the FIBA U16 Asian Championship 2022 as they came away with a convincing 82-45 win over Kuwait on Tuesday at the Al-Gharafa Sports Club Multi-Purpose Hall in Doha, Qatar.

Zain Mahmood led the team with 16 points and five rebounds. The Fil-Canadian big man shot an efficient 5-for-7 from the field and also had two steals and a block. Guard Jared Bahay delivered an all-around performance of 12 points, eight boards, six assists, and three steals.

Kristian Porter and Jacob Bayla chipped in with 10 points apiece.

The national team got off to a strong start in the first quarter, dropping 25 points while limiting their opponent to just nine. After a more competitive second period, Gilas went on to take full control of the game with a commanding 64-33 advantage by the end of the third. The biggest lead was 38 points.

The next generation of Gilas standouts had a rousing debut in front of a significant number of fans in the stands. The entire 12-man crew was fielded by head coach Josh Reyes and all players were able to score.

The youth squad showed off their defensive prowess and running game in the rout. They forced 29 turnovers which they converted to 28 points. They dominated the statistical categories including having the edge in assists (23-12), fastbreak points (12-2), and rebounds, 48-40.

Gilas will face Japan next on Tuesday at 8:45 PM (Philippine time) in a battle to determine who will be the number one seed in Group C. The top teams in all four pools will head directly to the quarterfinals, while the second and third-ranked teams will figure in a crossover knockout match to complete the top eight.

The Philippines is aiming for at least a semifinals finish to qualify for the FIBA U17 Basketball World Cup 2022 happening in July.