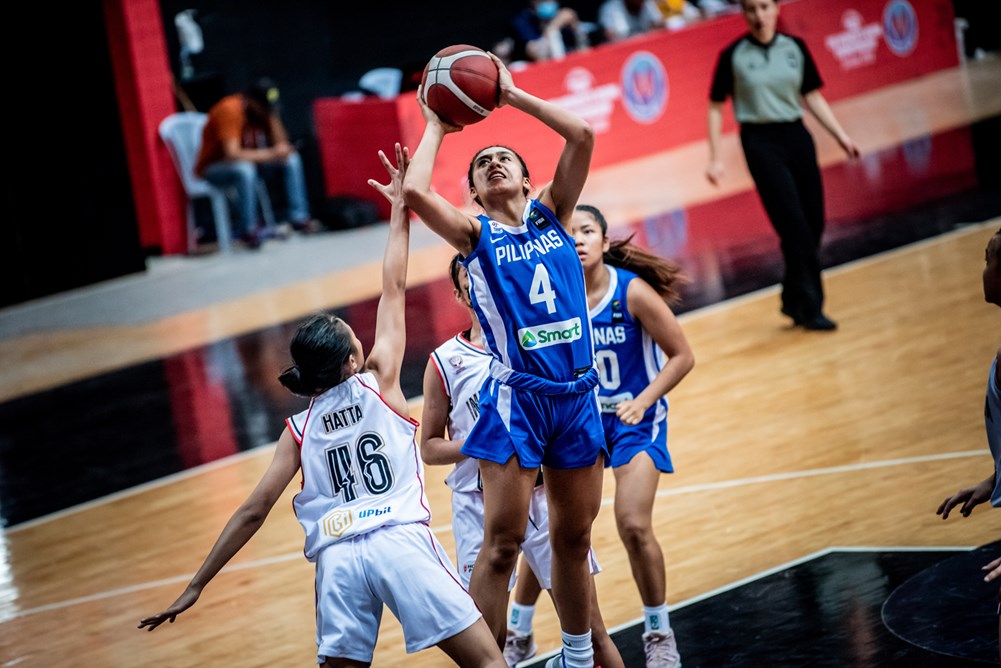 Gilas Youth opened the FIBA U16 Women’s Asian Championship 2022 with a huge victory over Indonesia, 104-68, held in Amman, Jordan on Friday.

Three players ended in double figures in the blowout as Gabriella Ramos dominated with 27 points and 20 rebounds, along with four assists and four blocks. Kristan Geyl Yumul finished with 20 points after sinking 6-of-11 from beyond the arc, while Naomi Natalie Panganiban had 15  points, eight rebounds, and five assists.

The Philippines struggled to find a groove in the opening minutes but an 8-2 run in the second quarter gave them the lead. Ramos had a double-double as early as the first half, scoring 16 of Gilas Youth’s 45 points.

In the third period, they outscored Indonesia 27-15 to give them an 18-point advantage heading into the final frame. Their dominance continued in the fourth quarter as the gap ballooned to as high as 40 points.

Gilas Youth’s defense was on point as they limited Indonesia to only 33 percent shooting and just two 3-pointers throughout the game. The Philippines also forced Indonesia to commit 18 turnovers which led to 32 points.

Gilas Youth will aim for their second straight win when they take on Syria Friday at 8:45 PM.