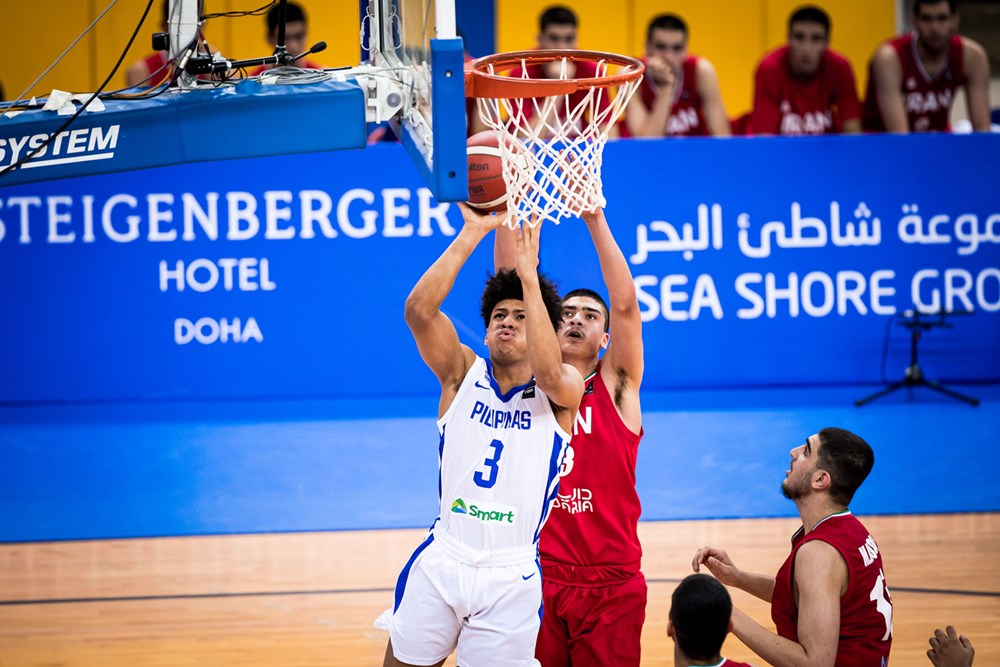 Gilas Pilipinas Youth ended their FIBA U16 Asian Championship 2022 campaign with a resounding 95-87 victory over Iran to grab a seventh-place finish Sunday at the Al-Gharafa Sports Club Multi-Purpose Hall in Doha, Qatar.

Alexander Konov scored 18 points, including 4-of-9 from beyond the arc, to go along with three rebounds and four assists. Caelum Harris was right behind with his output of 15 points, six boards, and three dimes. The do-it-all forward was 6-of-7 from the field and once again showed his defensive prowess with two blocks and a steal.

Down 48-39 at halftime, Gilas Youth woke up in the third period to outscore their opponent, 29-15. They cranked up their defense to stifle Iran, forcing a ton of tough shots and turnovers. Apl Gemao tied the game at 61-all with a layup and Harris gave the Philippines the lead after his basket with two minutes left in the third.

The youth national team held a 68-63 lead heading into the final frame and continued to pour it on. It was a stunning display of offensive execution and defensive intensity that left Iran reeling. Lorenzo Competente gave Gilas its biggest lead at 14, 84-70, after he buried a 3-pointer with five and a half minutes left.

Iran tried to mount a comeback after Mehrab Alam Beygi’s bucket sliced the deficit to just eight points with under three minutes remaining. But Jacob Bayla answered with a jumper and Harris provided a backbreaking and-1 play to push the advantage back to double-digits, 91-80. Gilas held on, thanks to timely shots and crucial defensive stops.

The Philippines finished seventh among the 13 participating countries.