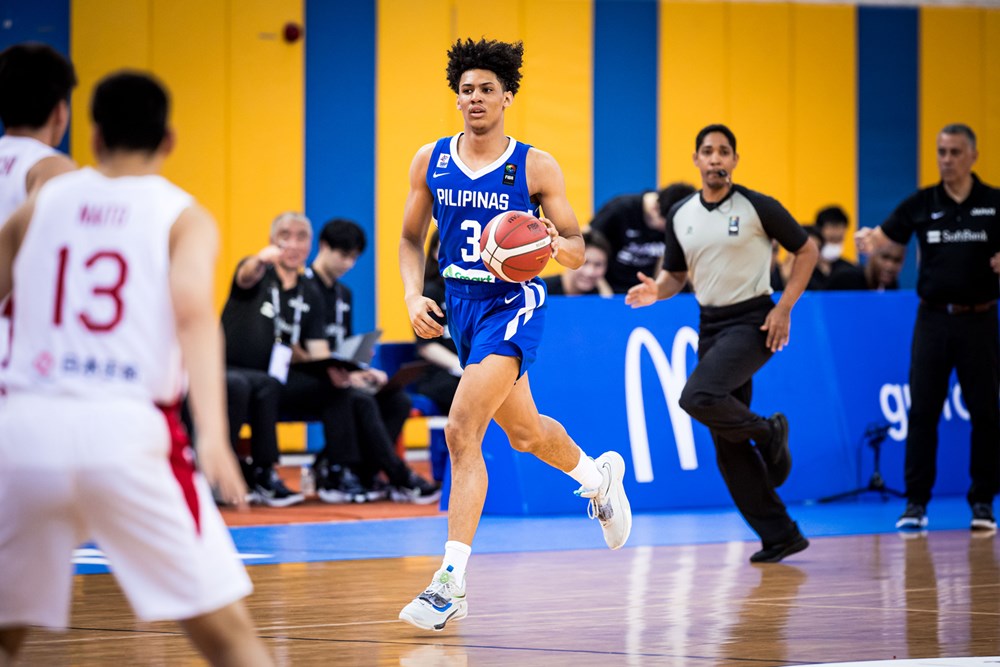 Gilas Pilipinas Youth’s valiant comeback bid fell short as Japan came away with a 73-67 win, handing the Philippines its first loss in the FIBA U16 Asian Championship 2022 Tuesday at the Al-Gharafa Sports Club Multi-Purpose Hall in Doha, Qatar.

Caelum Harris led the fight with 18 points on top of six rebounds, two steals, and a block. It was a terrific bounce-back performance for the athletic forward after scoring just two points against Kuwait.

Gilas Youth showed incredible grit and tenacity as they made a furious rally in the fourth quarter. Japan was in control for the majority of the contest and held an 11-point lead, 49-38, entering the final frame.

Gilas kept knocking on the door and finally gained momentum after Harris drilled a booming triple to make it a six-point game with roughly two and a half minutes remaining. Following an exchange of baskets, Alexander Konov’s bucket got the Philippines to within four, 71-67, with 30 seconds left. Then after getting a stop, Konov had the chance to slice the deficit further but missed on his 3-point attempt, which turned out to be the last gasp for the national squad.

Jared Bahay had another stellar outing as he filled the stat sheet with 12 points, six rebounds, three assists, and three steals. Zain Mahmood added 10 points and five boards while Konov chipped in with seven points.

For Japan, Yuto Kawashima top-scored with 26 points, doing most of his damage in the first half. He also had 18 rebounds and three dimes as he proved to be a thorn in the Philippines’ side. Leon Watanabe had 16 points, while Eijiro Ogawa contributed 14 points including four triples.

Despite the loss, the Philippines still has a chance to enter the quarterfinals after finishing second in Group C with a 1-1 record.

Gilas Youth’s next game will be on Thursday against Kazakhstan, which ended up winless in Group D after two games. The winner will face Australia, the top seed in Group A, in the quarterfinals.