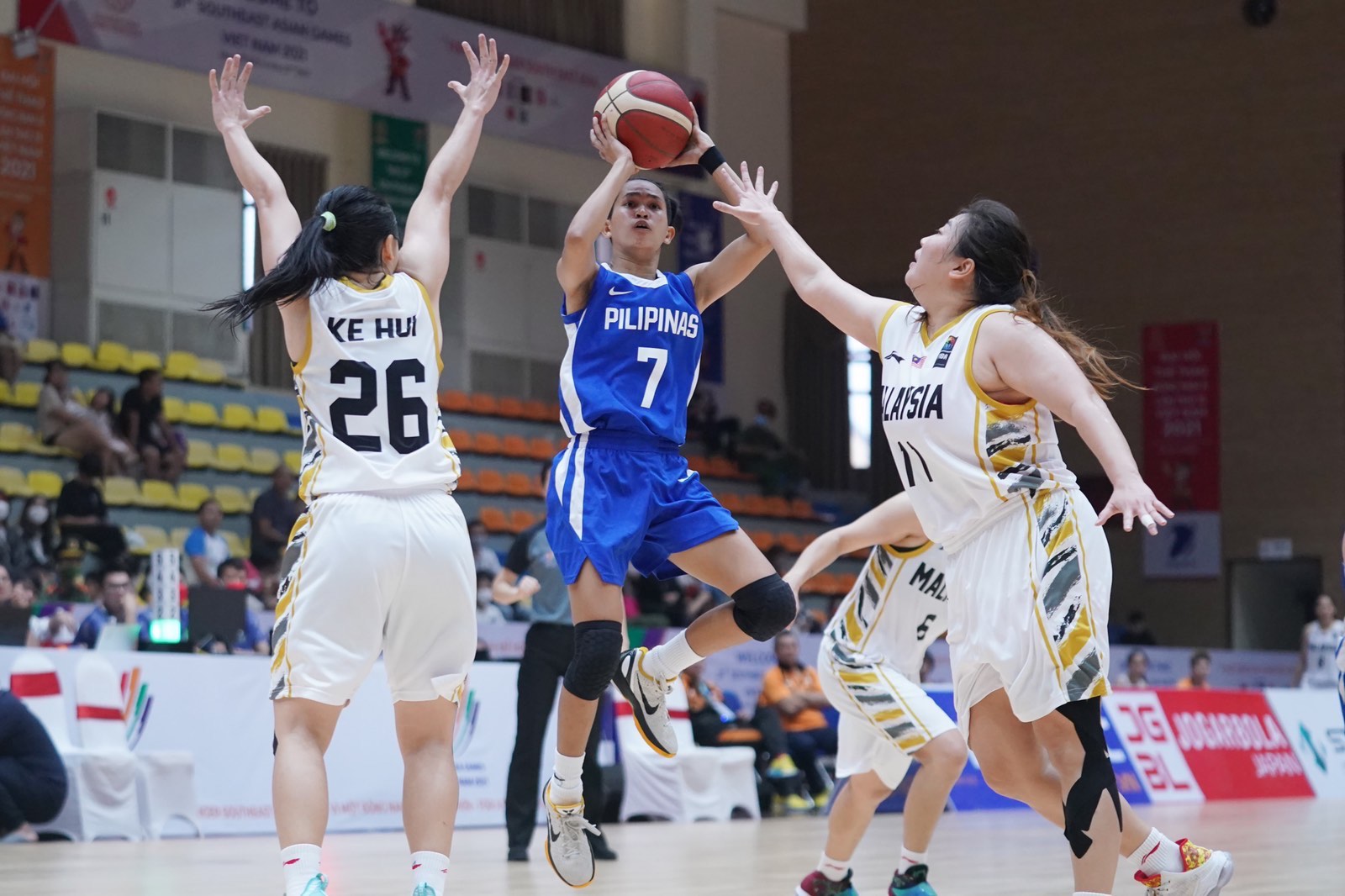 The Philippines’ final game turned bittersweet as they fell to Malaysia, 96-93, on Sunday. Despite the loss, Gilas still finished with the best record (4-1) in the women’s basketball tournament in Hanoi, Vietnam.

Gilas was already assured of the top prize after Vietnam defeated Malaysia the previous day. Though the gold was already secured, Gilas figured in a hard-fought battle against Malaysia.

Janine Pontejos fired 18 points to go along with six rebounds and three assists. She was instrumental in Gilas’ fourth-quarter rally, drilling all of her 3-pointers in the final frame. Afril Bernardino delivered 16 points on a superb 7-for-9 shooting clip on top of seven rebounds, two assists, seven steals, and three blocks.

Malaysia hit 13 triples and capitalized on the Philippines’ 22 turnovers. Malaysia entered the final period with a 77-73 advantage before timely baskets by Pontejeos turned the tide.

Chack Cabinbin’s basket made it 93-86 with two and a half minutes remaining but Malaysia stormed right back, scoring the last 10 points. Chong Yin Yin’s booming triple with 17 seconds left turned out to be the game-winner as Gilas failed to score in the final possession. Yin Yin finished with 25 points.

Gilas Women have now won the last two editions of the SEA Games after winning their very first gold medal in the 2019 SEA Games in Manila.