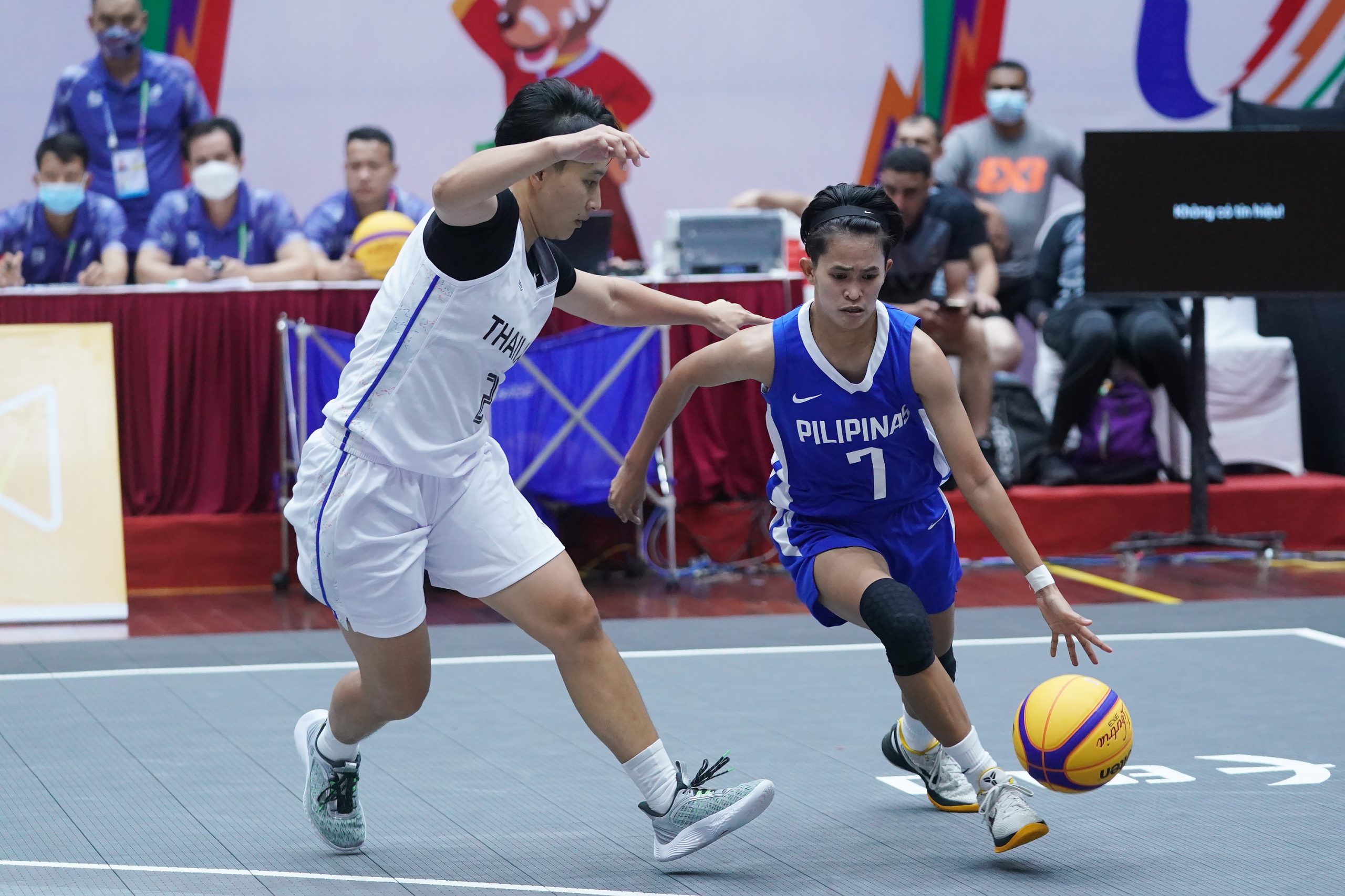 Gilas Pilipinas Women 3×3 team opened their campaign in the 31st Southeast Asian Games with a triple-header on Friday.

The team, composed of veterans Janine Pontejos, Afril Bernardino, Clare Castro, and newcomer Angel Surada, had a rocky start to their title defense and went 1-2 in their first three games.

The Gilas Women started the competition hot against Cambodia. They dominated the match, building a lead as large as 16. The Philippines was doing everything right – hitting most of their attempts, moving the ball, and defending Cambodia well. Gilas limited Cambodia to only five to take a statement win in their opener.

It was different once they went against home team Vietnam. Gilas trailed in the first few minutes and only took a one-point lead past the midpoint of the match. They eventually went on a 6-0 run, but Vietnam responded quickly. The game was tied with less than two minutes remaining. Castro put the Philippines ahead, but Vietnam hit back-to-back 2-pointers to give Gilas its first loss.

To end the day, the Philippines suffered a loss against Thailand. Gilas Women’s hopes of defending the 3×3 gold are hanging in the balance as they need to win their last three games to enter the semifinals.