Share this article:
Gilas Women bow out of 3×3 Asia Cup 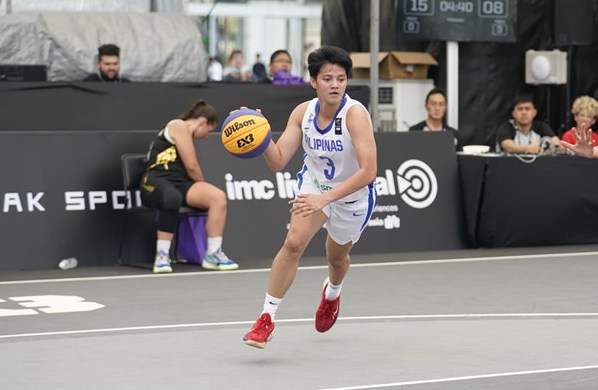 Gilas Pilipinas Women bowed out of the FIBA 3×3 Asia Cup 2022 tournament after a close loss to Thailand, 13-11, Thursday at the Marina Bay Sands Event Plaza in Singapore.

It was a tight defensive battle all the way to the final buzzer. Gilas jumped out to an early 6-4 lead after they went on a 3-0 run courtesy of Afril Bernardino drives that sandwiched a Khate Castillo fader.

Gilas held on to the advantage for most of the game until Thailand went on a 5-1 run late to take the lead, 10-9. Castillo scored on a looping shot which was followed by an acrobatic drive by Bernardino, giving Gilas the lead with under a minute left in the game.

Thailand answered back with a crucial and-one sequence and played keep-away for the final 20 seconds. Castillo and Camille Clarin missed their 2-point shots in the dying seconds, allowing Thailand to escape with the win.

Bernardino led the way with six points off multiple strong baskets in the paint. Castillo added four points of her own.

After a dominant win over Jordan in the opener, Gilas Women ended their campaign with a 1-1 record in the Qualifying Draw phase of the competition.