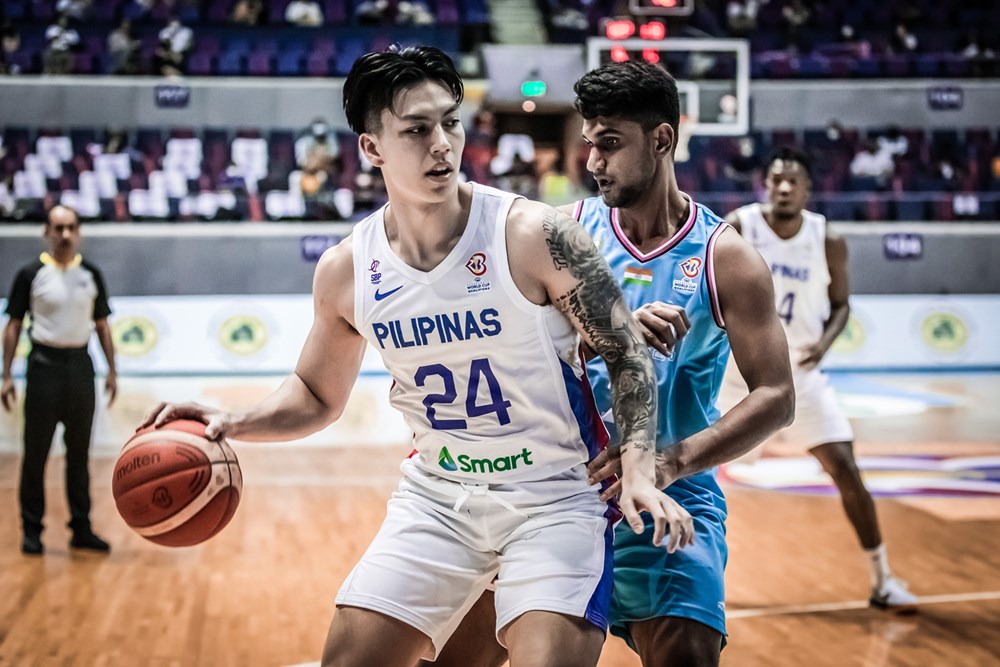 Dwight Ramos led the way with 17 points on 6-of-9 shooting from the field, to go alongside four rebounds and three assists. Thirdy Ravena finished with 15 points, anchored on three triples, while Roger Pogoy, who showed no rust coming back from his calf injury, added 12 points off the bench.

“We talked about taking our first step as a team being that this is our very first game to play together to play as a unit,” Gilas head coach Chot Reyes said. “We expected that we would struggle a little bit due to the unfamiliarity but overall I was pleased with the effort with everyone pitching in trying to do his role, play his role.”

The Philippine national team shrugged off a relatively slow start and managed to pull away in the second half. India kept in striking distance until a decisive third quarter run blew the game wide open. A long 3-pointer from Kib Montalbo was the exclamation point, putting Gilas ahead, 68-47.

Gilas put on a show in the second half, much to the delight of the fans inside the Big Dome. It was the first time since the start of the pandemic that Filipinos were able to watch their national team in action.

“I thought it was a great team effort especially I saw everybody trying to get everyone involved especially toward the end. We’re just gonna keep building, keep practicing,” Ramos said. “We just gotta get back to it and hopefully prepare for New Zealand.”

Robert Bolick also chipped with 10 points and four rebounds while Montalbo added eight points and three boards. Gilas had a huge advantage on the glass, 47-36, and totalled 15 assists in a balanced attack.

For India, Sahaij Pratap Singh Sekhon and Prashant Singh Rawat did much of the heavy lifting, combining for 27 points. The visitors were stifled in the perimeter and went 2-for-13 from beyond the arc.

Gilas will face New Zealand next on Sunday at 7:00 PM.