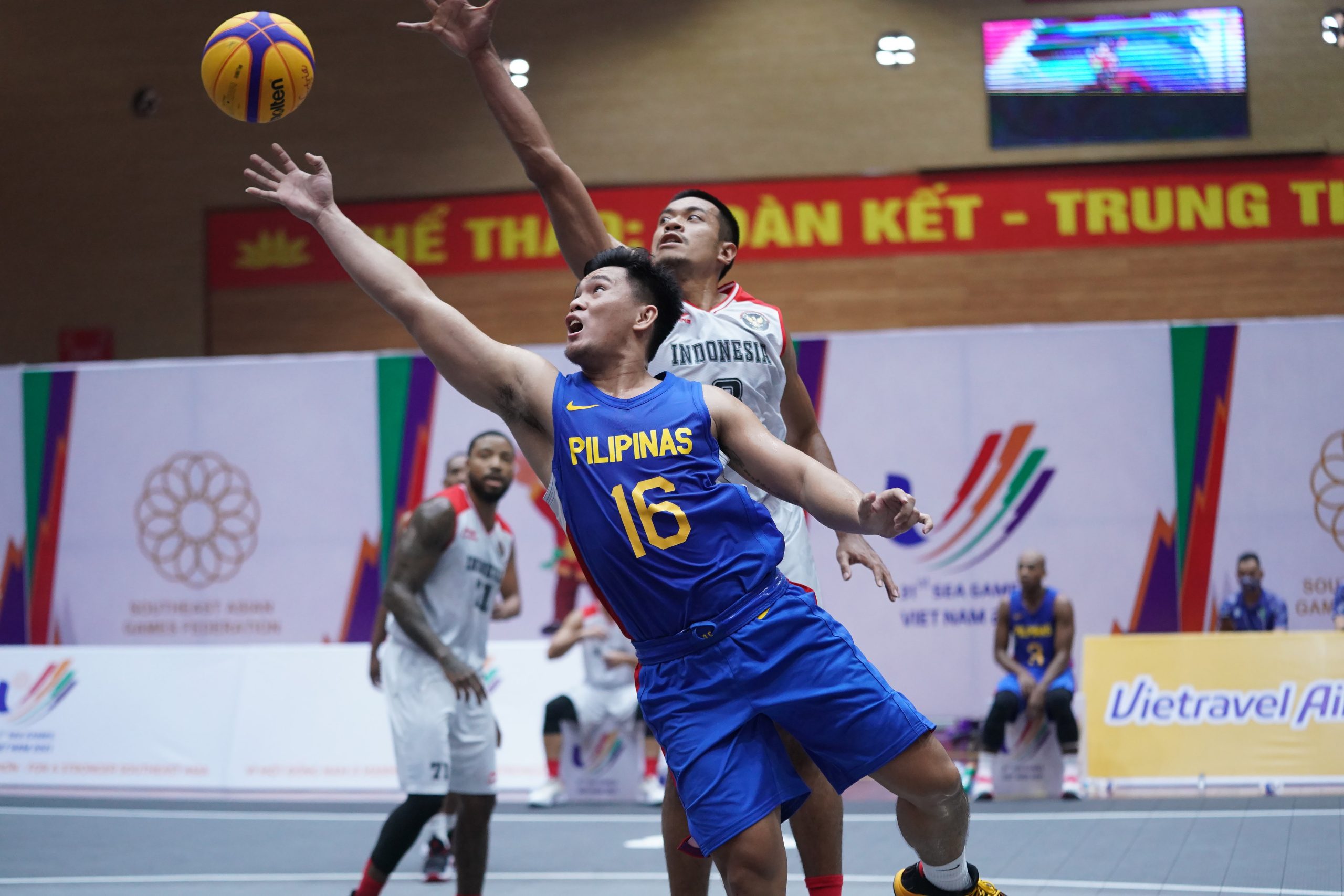 The Gilas Pilipinas Men’s 3×3 team finished with a 2-1 record after the first day of competition in the 31st Southeast Asian Games on Friday.

The team, composed of Marvin Hayes, Jorey Napoles, Brandon Rosser, and Reymar Caduyac, opened their campaign with a dominant showing against Cambodia.

Gilas had a great all-around performance on offense—going on a 7-0 run midway through the match—and defense by limiting Cambodia to just seven points.

Gilas then went 2-0 after a come-from-behind win over Thailand. Gilas was trailing by four midway through the game, but they quickly turned things around with an 11-2 run to close out the match and eventually claim their second victory.

Unfortunately, the Philippines fell to Indonesia in its final game of the day. Gilas started off hot, but Indonesia responded and eventually took control. As the clock was winding down, a late-game foul and free throw gave Indonesia the cushion it needed to claim an unexpected victory over Gilas.

Gilas will continue the qualifying round with a single round-robin format Saturday. They will face Singapore at 11:45 AM, Malaysia at 1:30 PM, and Vietnam at 3:00 PM PHT. The top four teams after the eliminations will advance to the semifinals.