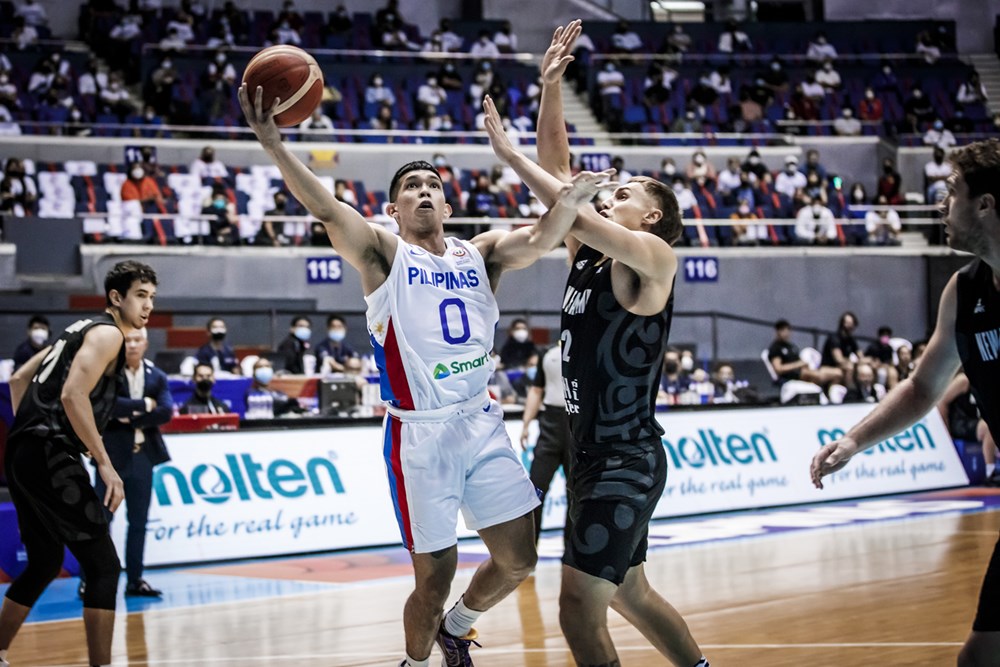 Gilas Pilipinas Men could not find enough firepower in the second half as they fell to New Zealand, 88-63, in their final game in the February window of the FIBA World Cup 2023 Asian Qualifiers Sunday at the Smart Araneta Coliseum.

The Philippine national team was within striking distance after the first two quarters against the 27th ranked team in the world, but ultimately ran out of steam in a gritty and physical battle.

“First of all, I was very proud of the effort of our guys. We played against a tough team and we didn’t back down,” Gilas head coach Chot Reyes said. “We kept ourselves in the ball game until I think late in the third quarter.”

From a 10-point halftime advantage, New Zealand outscored Gilas, 25-18, in the third period to extend the lead further. A fourth-quarter rally proved to be futile as the lead ballooned to as high as 26 in the final minutes.

“I couldn’t ask for anything more from our players,” Reyes went on. “I thought they came in and they executed. Credit to New Zealand, they were able to pick apart our defensive schemes and that’s how it got reflected in the score of the ball game.”

Thirdy Ravena led the national team with an all-around effort of 23 points, five rebounds, five assists, and five steals. He went 9-for-18 from the field but could not capitalize on his chances at the free throw line, missing seven of his 10 tries.

“We really fought and gave it our all,” Ravena said. “We just want to give kudos to New Zealand for fighting as well. They were really physical throughout the game but I’m more proud of how the team responded. We were physical as well. We didn’t back down.”

Aside from Ravena, Dwight Ramos also proved to be a bright spot for Gilas as he finished with 18 points, 10 rebounds, and three steals. Unfortunately, he also struggled at the free throw line, going 5-for-9.

Gilas Pilipinas shot only 35.2 percent from the field, including 5-for-25 from beyond the arc, against the feisty New Zealand defense. They were also outrebounded 54-34. As a team, the Philippines went 10-for-23 from the free throw line, with Ravena and Ramos combining for most of the attempts.

“It’s a learning lesson for all of us,” Ravena said. “I’m very proud of how we fought given the very short amount of time that we were able to prepare for this window. And also, we could have been better with a couple more made free throws.”

Amid South Korea’s disqualification, Gilas finished the window with a 1-1 record after winning over India last Friday. New Zealand will look for a perfect 3-0 record in Group A when they face India once again to close out the Philippine-hosted event on Monday.