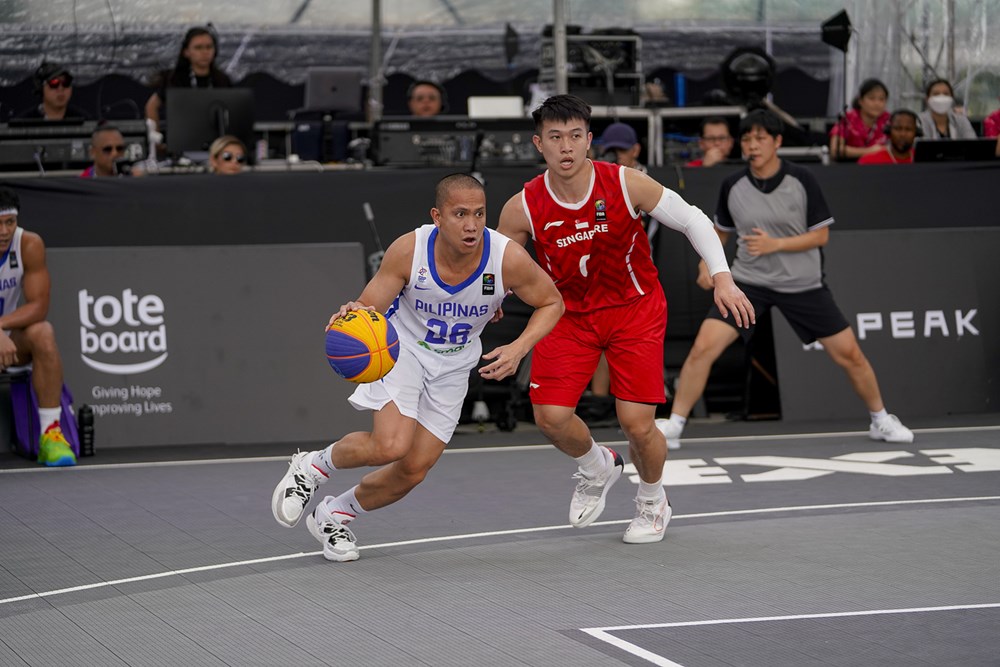 Gilas Pilipinas Men outlasted Singapore, 21-17, to move a step closer to securing a quarterfinals seat in the FIBA 3×3 Asia Cup 2022 Saturday in Singapore.

The two teams figured in a highly contested ball game in front of a jam-packed crowd. It was a nip-and-tuck affair for most of the way until a late surge from the Philippines paved the victory.

Vosotros knocked down his lone two-pointer with a minute and a half remaining to put Gilas ahead 16-15. Unfortunately, the Philippines was slapped with a technical foul due to a second delay of game violation.

After Singapore hit the technical free throw to tie the game, Flores answered right back with a bucket. Gilas then immediately came up with a steal that set up back-to-back baskets from De Leon and Vosotros, making it a three-point game,19-16.

Singapore was able to score one last time before Flores and Vosotros put the game away.

With the win, the Philippines inched closer to the quarterfinals. Only the top two teams of each pool will move to the next round of competition.

Gilas will return to action later against China at 9:25 PM.