Share this article:
From dream to reality: Construction begins for MVPSF-led Center for Sports Excellence 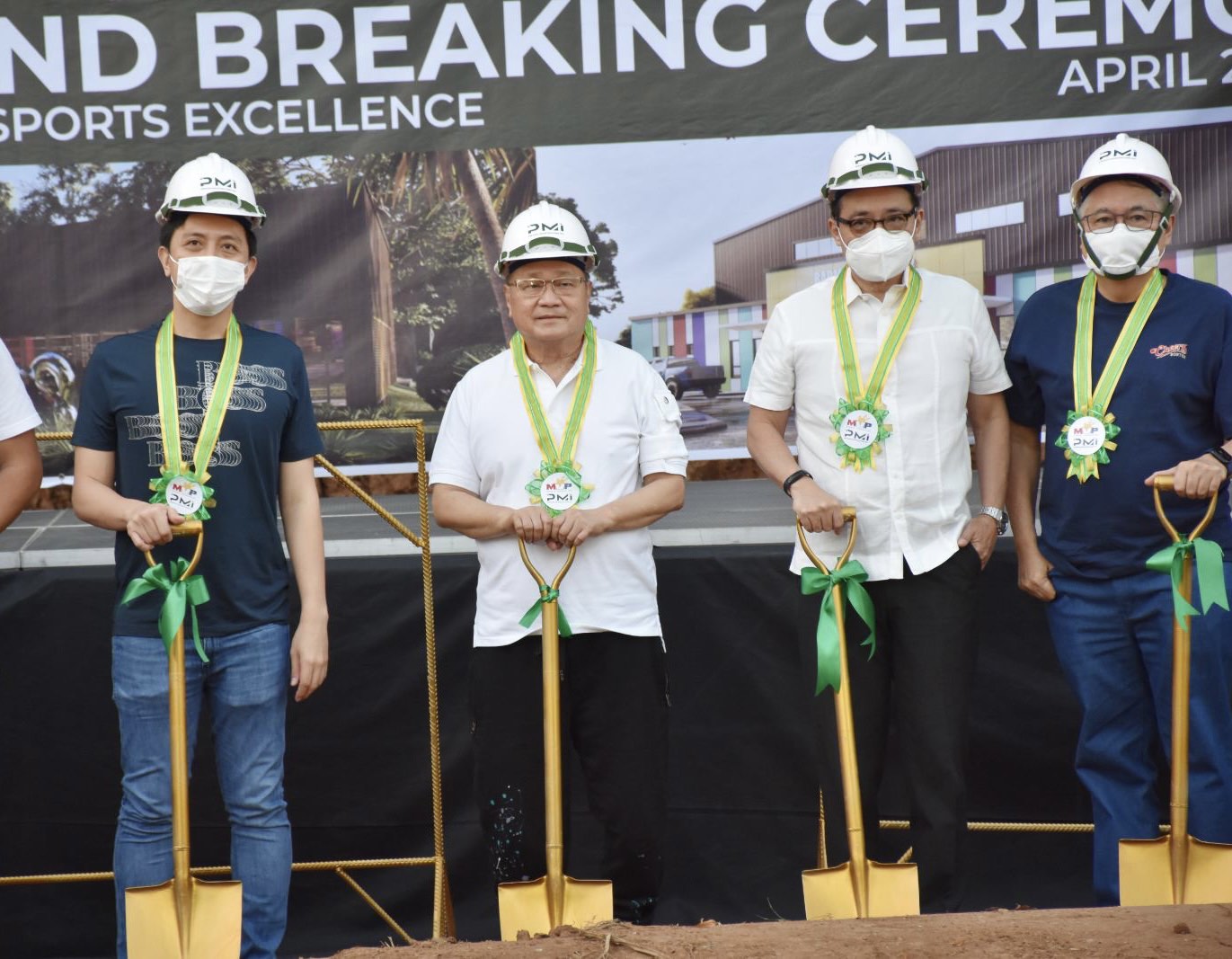 A new training facility for national athletes will soon rise at the First Pacific Leadership Academy (FPLA) in Antipolo.

The MVP Sports Foundation (MVPSF) and FPLA, with Premium Megastructures Inc. (PMI), unveiled their collaborative project to build the Center for Sports Excellence through a groundbreaking ceremony held on Saturday, April 2, at the FPLA Grounds.

The Center for Sports Excellence aims to be the new home for elite teams and athletes supported by the MVPSF, beginning with boxing and badminton.

Construction has already begun on a new boxing center with two rings and an outdoor training area for the national team members of the Association of Boxing Alliances in the Philippines (ABAP). A badminton center with eight courts will serve as the new home for the Philippine Badminton Association (PBAD) national team. Basketball courts are also awaiting construction.

“There have been long term plans to develop this particular site into a Center for Sports Excellence, which is a program of the Group to help our Filipino athletes realize their full potential and become world champions,” said MVPSF Chairman Manny V. Pangilinan.

Antipolo City First District Congressman Roberto Puno, who attended the groundbreaking ceremony, said “This is a major project and a great advocacy that is being undertaken by MVP. We thank him for choosing Antipolo and for giving us a facility that will be emulated and applauded by the rest of the sporting community.”

“After the fulfillment of the MVPSF’s vision of getting the first gold medal through Hidilyn Diaz’s heroic effort at the Tokyo Olympics, we remain steadfast in our search for the next great Filipino sporting hero,” said MVPSF President Al Panlilio. “With the Center of Sports Excellence, we remain true to our mantra. Tuloy ang laban, tuloy ang suporta! Para sa atleta!”

“Building the sports facility implements the vision of Chairman Manny Pangilinan with the support of President Al Panlilio,” said Vargas of ABAP in response to the MVPSF’s further investment.

“We thank the MVPSF for making this dream come true. Now, boxing will have its home so we’ll hopefully be able to produce more medals for the country. With the combined efforts of the Philippine Sports Commission, the Philippine Olympic Committee, and the private sector, we can do better than our four-medal haul in the Tokyo Olympics.”

For Pangilinan, building Center for Sports Excellence is a big step forward but it does not end there.

“There will be more sites developed for weightlifting and other sports,” promised Pangilinan.

“We’re doing this because we want our athletes to be at their very best. We hope that the Filipino people continue their support for our national athletes because this will inspire them to train and perform, to excel in their respective fields. When we get to celebrate athletes like our first ever Olympic gold medalist Hidilyn Diaz, it inspires millions of Filipinos to also chase their dreams and all of this helps in our dream of helping in building a stronger nation.”