Share this article:
Bernardino, Pontejos at the forefront of Gilas Women’s golden run 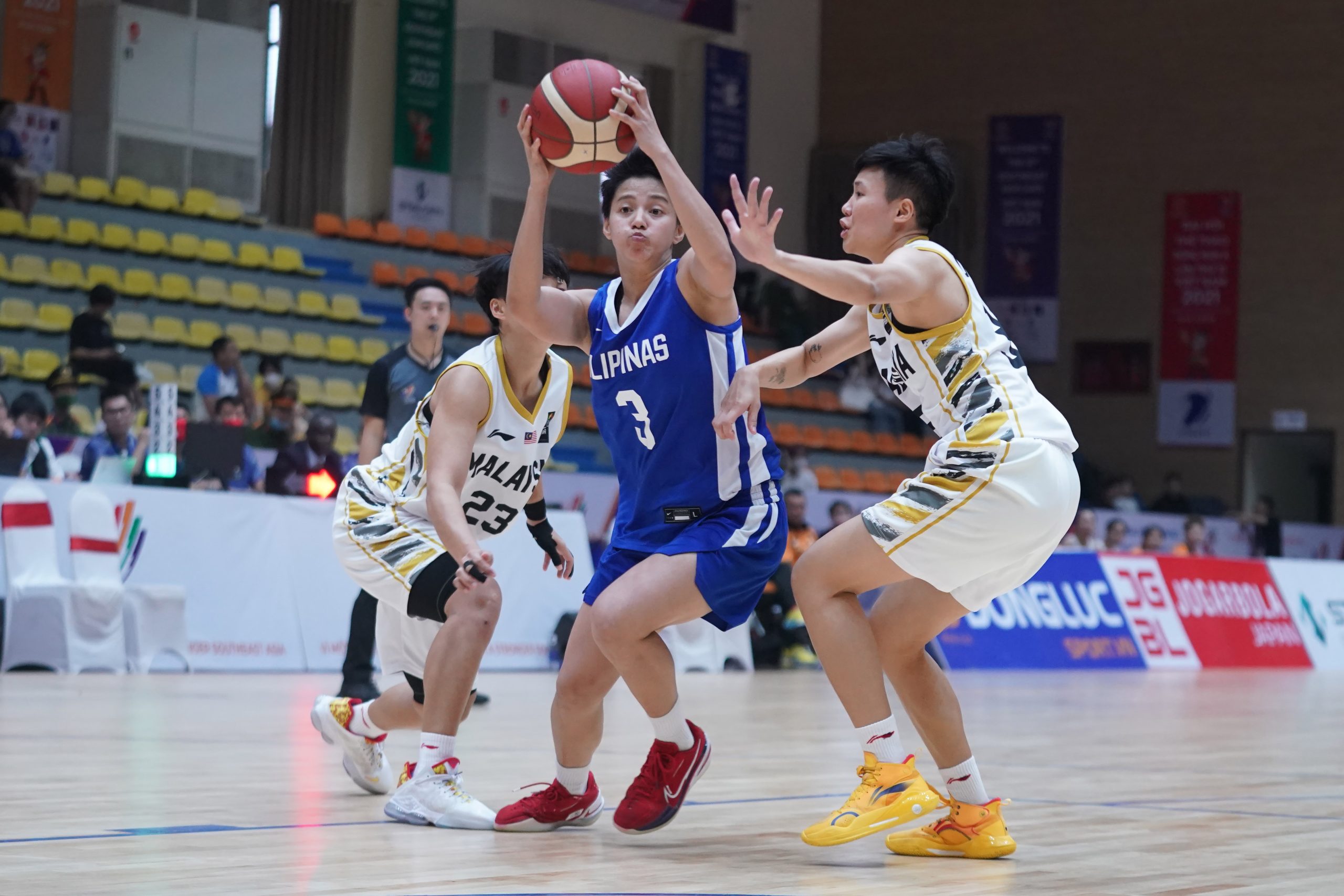 Gilas Pilipinas Women’s pursuit of back-to-back championships has been completed as they captured their second straight gold in the 31st Southeast Asian Games.

The Philippine team claimed the top prize in the women’s 5-on-5 basketball competition after a dominant run led by Afril Bernardino and team captain Janine Pontejos.

Bernardino continues to be the driving force for Gilas Women as she delivered an all-around performance with averages of 14.6 points, 10.4 rebounds, 1.2 assists, 3.4 steals, and 2.6 blocks in 23 minutes per game.

Pontejos, meanwhile, averaged 12.6 points, 3.2 rebounds, 2.8 assists, and 2.4 steals. Both veterans were assets on both ends of the court, and more importantly, they served as leaders of the young squad.

Gilas could not keep the loss column empty in their final game against Malaysia but the gold was already assured prior to that no-bearing match. They finished with a 4-1 record, retaining their supremacy in the region.

“I still tip my hat off for the girls. They played their hearts out. It’s just not as sweet as we want it to be, but we are still gold medalists. I’m so proud of them having that feat,” said Aquino.

Excluding the game against Malaysia where they lost by three points, Gilas Women enjoyed an average winning margin of 23 points in the tournament, besting Indonesia, Thailand, Vietnam, and Singapore.

Aside from the veterans, Gilas’ new Fil-Am recruits also showed up in their debut stint with the national team. Gabi Bade and Steff Berberabe combined for 17 points, 6.4 rebounds, 7.2 assists, and 3.6 steals a game.

Khate Castillo, another Gilas mainstay, proved to be the Philippines’ X-factor as she made it rain from beyond the arc. She made headlines after a 25-point performance that included seven 3-point baskets against host country Vietnam.

The Philippines, now the back-to-back queens of Southeast Asian basketball, topped almost every category in the biennial tournament. They shot league-high percentages of 52 from the 2-point range and 38.6 from 3.

Gilas Women knew they had a target on their back as the defending champions, but they did not succumb to the pressure. They successfully achieved what they came to Vietnam for: defend the historic SEA Games title that they won three years ago at home.