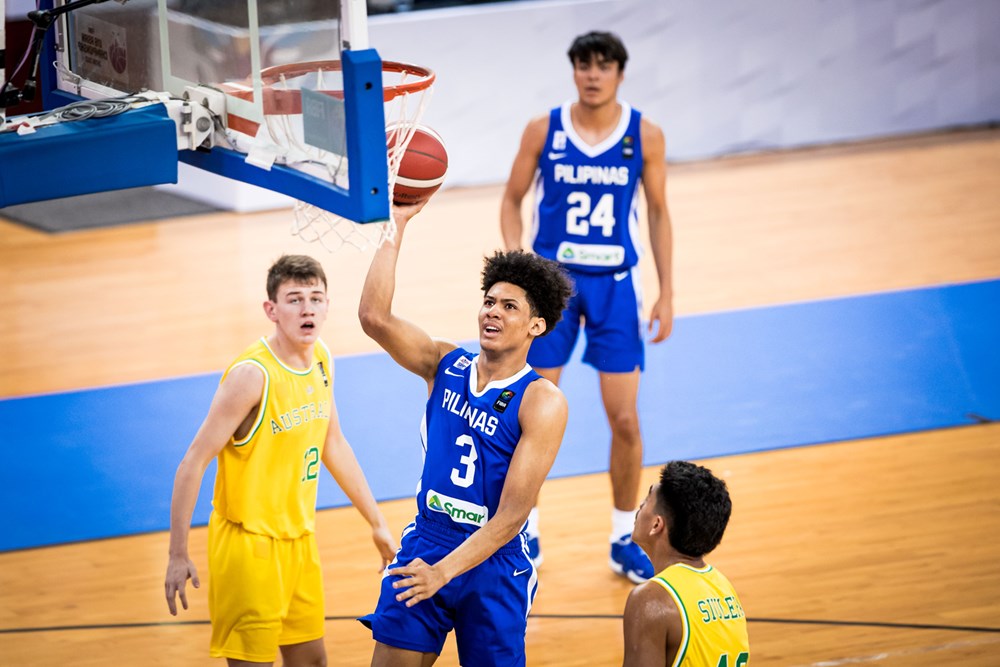 Gilas Pilipinas Youth couldn’t sustain their hot start as they fell to Australia, 109-83, bowing out of contention in the FIBA U16 Asian Championship 2022 Friday at the Al-Gharafa Sports Club Multi-Purpose Hall in Doha, Qatar.

Caelum Harris also shined with 14 points, including a handful of highlight dunks. The athletic forward also had four rebounds and four blocks. Alexander Konov was also a marksman as he went 3-for-6 from deep to notch 13 points.

The Philippines started the game guns blazing. Led by their fiery shooting, Gilas Youth built a 17-point lead midway through the second quarter. After Konov connected on a long triple, Jared Bahay dazzled his way to a pull-up jumper to make it 45-28 with 4:21 remaining in the first half. However, Australians clawed their way back, cutting the deficit to four points heading into the break.

Unfortunately for Gilas, Australia finally found its groove from the outside in the second half. The eighth-ranked team in the world outscored the Philippines, 29-17, in the third, and 33-15 in the final frame.

With the loss, Gilas Pilipinas Youth is headed to the 5th to 8th place classification stage. They await the loser between Korea and Lebanon.